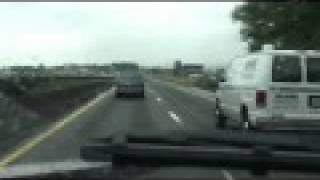 This is an Enhanced CD, which contains both regular audio tracks and multimedia computer files.
Personnel: Tony Zanella, Margaret McCartney (vocals).
Recording information: STratosphere Sound, New York, NY (02/12/2003-03/06/2003); Union Square (02/12/2003-03/06/2003).
Photographers: Chris Deaner; Timonium; Mark Robinson.
New York City's Plus/Minus arrives at its most fluid set of songs yet on the group's sophomore album, You Are Here. Guitarist James Baluyut finally has a band and Plus/Minus' sound, an atmospheric blend of guitars and electronic beats, is finally coming together. The dynamic between Baluyut, drummer Chris Deaner, and guitarist/vocalist Patrick Ramos is much more focused and direct than Baluyut and Ramos' stint with Versus. You Are Here is more or less a portrait of abstract colors and designs, only to be filtered out by instruments and the band's cathartic lyrics. Shifts in playing style showcase the album's varying moods, hence the appeal of the 11-song set. From the dreamy percussion/guitar mix on "She's Got Your Eyes" to Plus/Minus' traditional drumbeats on "Cutting Out" and "No One Sees You Like I Do," You Are Here highlights the band's sharp redesign. The emo-tinged "Trapped Under Ice Floes" is much more strict and cut than the original version found on the Holding Patterns EP. The bandmembers have realized their strengths with You Are Here. Instead of surrounding themselves with what appeals to them sonically, they've combined that with the visual. The more subdued "Summer Dress 1 (All Her Winter Clothes)" is their most confident. "Here We Are (Again)," which features Tuscadero's Margaret McCartney sharing vocal duties, continues in the vein of keeping things concise and simple in order for Plus/Minus' unique crafty sound to speak for itself. It's a great double-take from 2002's Self-Titled Long-Playing Debut. ~ MacKenzie Wilson