Rolling Stone: 4 stars out of 5 -- "[T]he group has blended the miasmic angst of 'Jeremy' and 'Alive' with a sense of tenderness and even flashes of hope." 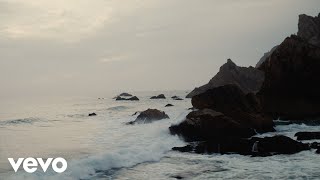 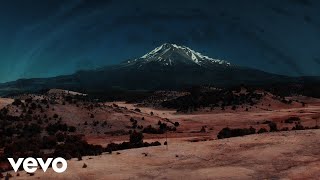 Rolling Stone
4 stars out of 5 -- "[T]he group has blended the miasmic angst of 'Jeremy' and 'Alive' with a sense of tenderness and even flashes of hope."
Spin
"GIGATON has a little something for everyone. It's a complex, dynamic album full of earnest emotion and subtle humor."
Entertainment Weekly
"[T]he album is suffused with patches of fear, dread, and anger, which feel fittingly, depressingly, and cathartically of the moment..."
NME (Magazine)
3 stars out of 5 -- "[A]lbum opener 'Who Ever Said' is exciting...sounding not unlike something from 1998's YIELD-era Pearl Jam, a vestige of grown-up grunge with a welcome bluesy Stone Temple Pilots edge. It brims with hope that evokes a sense of urgency."
Pitchfork (Website) - "Communal goodwill is the saving grace of GIGATON, their eleventh studio album and first in nearly seven years....The ballads stretch out slowly..."

Personnel: Eddie Vedder (vocals, guitar); George Webb, Mike McCready, Stone Gossard (guitar); Matt Cameron (drums, percussion); Neil Hundt (drums).
Audio Mixer: Josh Evans.
Recording information: GT Studios, Seattle WA; Horseback Court, Montana; Jump Site Studios, Seattle WA.
Photographers: Jeff Ament; Paul Nicklen.
Urgency has been Pearl Jam's calling card since their inception, which is why it was a jolt to hear the band sound so settled on 2013's Lightning Bolt. Maybe it's the times, maybe it's the choice to switch producers -- the group swapped their longtime collaborator Brendan O'Brien for Josh Evans, who co-produced the album with the band -- but Gigaton hits with the strength of a full-force gale. Weather is a galvanizing concern on Gigaton, with Pearl Jam structuring their 11th album around the looming climate change crisis. There's little subtlety in this regard: the title refers to the amount of ice lost at the arctic poles, the album's cover depicts a melting glacier, and the lyrics are lousy with apocalyptic imagery, not all of it derived from the climate. Eddie Vedder repeatedly and explicitly wrangles with Donald J. Trump, his righteous anger spilling outside the confines of "Quick Escape" and "Never Destination" and running through the album as a whole, providing a simmer even at its quietest moments. Despite its unconcealed outrage, Gigaton does have its share of shade and texture even before it settles into a number of meditative moments on its second side. The loud, aggressive cuts don't lumber, they pierce: "Who Ever Said" has a whirlwind propulsion reminiscent of classic Who, "Superblood Wolfmoon" is a cloistered bit of mania, and "Take the Long Way" flirts with power pop thanks to its candied chorus. Against this backdrop, the band's sonic departures hit even harder, with the arty soundscape of "Alright" sounding as bracing as the new wave-disco of "Dance of the Clairvoyants." The aural adventure adds a nice counterpoint to protests and pleas offered up by Pearl Jam, and helps Gigaton feel vivid, alive, and just a shade hopeful. ~ Stephen Thomas Erlewine

Nuggets From Nuggets: Choice Artyfacts From the First...
$15.70
Add to Cart

The Church
Under the Milky Way: The Best of the Church
$6.50 Super Savings
Add to Cart

34%off
Belle and Sebastian
Days of the Bagnold Summer
$12.50
Add to Cart