Travels with My Aunt PG

Flamboyant, flame-haired 70-plus Augusta Bertram has opened a package sent by kidnappers containing a finger that recently belonged to her years-ago lover. Augusta enlists the aid of her stuffy nephew in a mad to-the-rescue adventure across Europe. 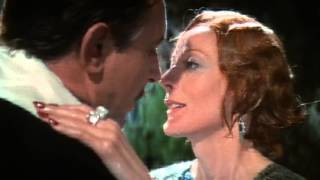 Travels With My Aunt - Trailer

"They're killing him bit by bit!" Flamboyant, flame-haired 70-plus Augusta Bertram has opened a package containing a finger that recently belonged to her years-ago lover. The victim's kidnappers continue mailing expendable body parts, and Augusta enlists the aid of her stuffy nephew in a mad to-the-rescue adventure across Europe in pursuit of $100,000 in ransom money. The scramble to save a life just might also liberate the nephew's life-starved soul.

Based on one of Graham Greene's drollest novels, directed with elan by George Cukor, and starring the magnificent Maggie Smith as Augusta and nimble Alec McCowen as bewildered nephew Henry, the joyously cockeyed Travels with My Aunt won a Best Costume Design Academy Award (out of four nominations) and a valise full of critical praise.

Based upon Graham Greene's best-selling novel, TRAVELS WITH MY AUNT follows the misadventures of a free-spirited woman, Augusta (Maggie Smith), who whisks her priggish banker nephew, Henry (Alec McCowen), across Europe in search of ransom money for her kidnapped ex-lover (Robert Stephens). Henry agrees to come along with his eccentric aunt after his mother's funeral, and as circumstances quickly progress from strange to dire, the meek and mild Henry finds himself caught up in an adventure beyond his wildest dreams.

McCowen gives a subtle performance as the young banker forced to peel away layers of reserve as he adapts to this chaotic adventure. He serves as the perfect foil for Smith, who received an Academy Award nomination for her enthusiastically zany embrace of the unpredictable aunt. Director George Cukor (THE PHILADELPHIA STORY, GASLIGHT) expertly plays the two wildly contrasting lead characters off one another, sending the film gamboling ever forward with Aunt Augusta while never allowing the emotional center of the film--McCowen's timorous banker--to be left behind.

Henry Pulling (Alec McCowen) travels east on the Orient Express with his eccentric Aunt Augusta (Maggie Smith) to rescue her ex-lover, Mr. Visconti, who's been kidnapped. Bits and pieces of Visconti--a finger, an ear--start showing up along the way, and, unbeknownst to Henry, he and his aunt are illegally importing money into Turkey to pay the ransom.

So Proudly We Hail
$13 Super Savings
Add to Cart