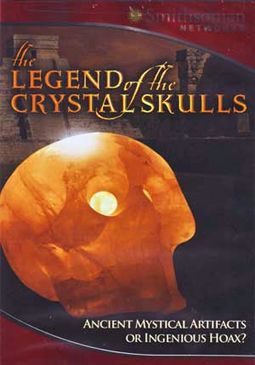 What should a curator do when she is anonymously mailed a 31-pound crystal skull' Jane MacLaren Walsh spent 16 years tracing its origins, traveling from ancient Mesoamerica to archives across the globe, tracing its legends and other artifacts to uncover the truth behind one of the world's most enduring mysteries.

Crystal skulls have a devoted following who believe in their mystical (and perilous) powers and a Mayan legend of 13 skulls coming together in a time of great peril to save mankind by divulging the secret knowledge of all ages. Today there are a handful of crystal skull relics, including one at the Smithsonian Institution in Washington, D.C. This is the story of curator Jane MacLaren Walsh's 16-year quest to trace the origins of the 31-pound crystal skull mailed anonymously to the museum in 1992. Walsh's investigation takes her from ancient Mesoamerica to archives across Europe and the Americas, where she traces legend and makes comparisons to other skulls and to pre-Columbian Aztec and Mixtec rock crystals and artifacts. But the skulls are perfectly designed to confound researchers. Made of quartz crystal, they contain no carbon, essential to dating. Walsh and her collegues faced a formidable challenge, pitting science against the supernatural. Join them as they uncover the truth behind one of the world's most enduring mysteries .. that of the mythical crystal skulls.