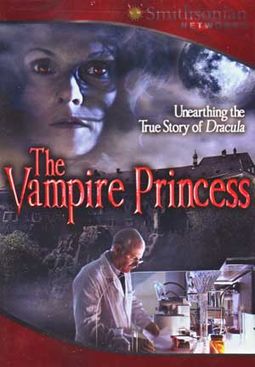 Could Dracula have actually been a woman' In this fascinating investigation, archaeologists, historians, and forensic scientists uncover evidence that the legendary vampire was not modeled on a medieval count from Transylvania--but on the bizarre fate of a real 18th-century bohemian princess named Eleonore von Schwarzenberg.

Dracula is a grim tale believed to be based on Romanian legend and the morbid imaginings of a Victorian novelist. Now archaeologists, historians and forensic scientists have evidence that the legendary vampire was not modeled on a medieval count from Transylvania, but on the fate of a real 18th century bohemian princess named Eleonore von Schwarzenberg. Historians have searched through her castle's extensive archives and discovered evidence of Eleonore's unorthodox lifestyle. Secreted behind the castle's great walls, the princess had a penchant for the occult. When she died in 1741, wasted and pale from a mysterious illness, she was thought to suffer "vampire illness."" Is she the origin of our vampire myths and the inspiration for the most famous horror story of all time' Was Dracula really a woman' For the first time archaeologists have done what the princess' contemporaries feared most - re-opened her bizarre grave and examined it for the first time.