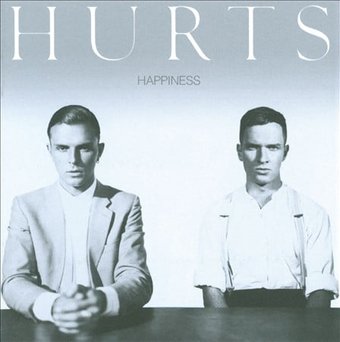 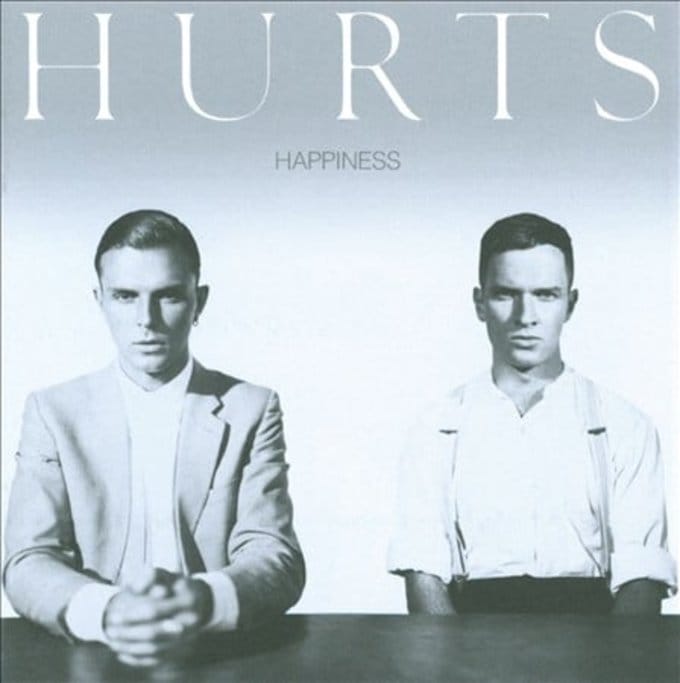 Audio Mixer: Mark "Spike" Stent.
Recording information: Angel Studios, London, England; Pellerin, Gothenburg, Sweden; Sunshine Dance Studios, Manchester, England.
Illustrator: Samuel Muir.
Photographers: Ali Tollervey; Paul Spooner; Laurence Ellis.
Whereas the likes of La Roux, Ladyhawke, and Little Boots have found both commercial and critical success with their retro brand of '80s synth pop, their male counterparts have struggled to connect with audiences in the same way. Frankmusik's online buzz failed to translate into record sales while Dan Black and Ali Love's careers stuttered before they really started. However, Manchester duo Theo Hutchcraft and Adam Anderson, aka Hurts, could well be the act to buck the trend. With influences stretching far beyond the usual Depeche Mode and Pet Shop Boys, their debut album, Happiness, has reference points that also appear to include the gothic balladry of Sisters of Mercy ("Evelyn"), the polished electro of a-ha ("Better Than Love"), and even the glossy new wave of Johnny Hates Jazz ("Blood, Tears and Gold"). But what on paper could have been nothing more than a derivative homage turns out to be one of the most consistently inventive pop albums of the year. Opening track "Silver Lining" begins with robotic processed beats and ends in a gloriously overblown wave of Gregorian chanting, "Sunday" is an anthemic slice of Hi-NRG string-soaked Europop occupying the space between Coldplay and Cascada, and "Stay" is a dramatic gospel-fused love song that highlights Hutchcraft's delicate but powerful vocals. Best of all is breakthrough track "Wonderful Life," a heart-wrenching tale of bitter optimism set against a backdrop of clattering rhythms, shimmering atmospheric synths, and one of the signature sounds of the '80s, the saxophone solo. Unfortunately, its lyrics, full of banal and clich‚d metaphors, aren't as interesting as the music they accompany, while the final three tracks, including "Devotion," a disappointingly turgid duet with Kylie Minogue, don't quite live up to the rest of the album's high standards. But despite unashamedly wearing its influences on its sleeve, Happiness cleverly avoids being just a pastiche, with its sophisticated and grandiose production adding a modern twist to its authentic and affectionate '80s sound. ~ Jon O'Brien