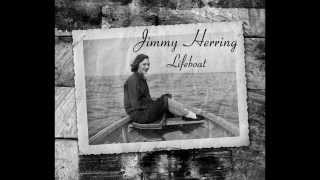 Jimmy Herring - Only When It's Light (Music Video)

Down Beat - p.92
3.5 stars out of 5 -- "The band swings hard on a smartly arranged version of Wayne Shorter's 'Lost,' with Herring, Burbridge on flute and guest saxophonist Greg Osby harmonizing on the melody before shifting to a series of soaring solos."
JazzTimes - p.86
"[C]ompositional highlights include the gorgeous ballads 'New Moon' and 'Lifeboat Serenade'....No matter how many notes this guitarist plays, from one to a flurry, he makes every one count."

Personnel: Jimmy Herring (guitar); Derek Trucks (slide guitar); Kofi Burbridge (flute, piano); Greg Osby (soprano saxophone, alto saxophone); Matt Slocum (piano, Clavinet, organ); Ike Stubblefield, Scott Kinsey (organ); Oteil Burbridge (bass instrument); Jeff Sipe, Tyler Greenwell (drums).
Audio Mixers: Jeff Bakos; Rush Anderson.
Recording information: Bakos Amp Works, Atlanta, GA; Rush Hour Studio, Woodstock, GA; Tree Sound Studios, Norcross, GA.
Arranger: Jimmy Herring.
Jimmy Herring has long been the lead guitar go-to guy on the jam band scene, and his credentials read like a veritable who's who within that niche: he's been heard with Widespread Panic, Phil Lesh & Friends, the Allman Brothers Band, Aquarium Rescue Unit, even the Dead (post-Jerry Garcia, of course). It may come as a surprise to aficionados of those bands, then (or maybe not, given Herring's chops and proven versatility), that Lifeboat -- Herring's first solo album -- sports ten tightly arranged instrumental tunes (six of them written by Herring) and leans toward jazz-fusion-esque showpieces (that course set definitively on the funky opener, "Scapegoat Blues," with its shifts in time signature), tastefully constructed blues, and displays of ethereal atmospherics and not the endurance-test rock of the above-named bands. Working with the basic lineup of Oteil Burbridge on bass and Jeff Sipe on drums, with Kofi Burbridge of the Derek Trucks Band on piano for all but the first track (he also plays flute on several tracks), Herring also opens up the proceedings to an A-list of guest players who include soprano saxophonist Greg Osby, slide guitar whiz Derek Trucks, Matt Slocum on various keyboards, and others. The two tracks that feature Trucks, the back to back "New Moon" and "Lifeboat Serenade," are, not surprisingly, guitar feasts to be savored -- hearing Herring and Trucks in tandem is always a treat and they're in their element on these midtempo ballads that leave plenty of space for personal expression. Herring shows restraint where other guitarists would show off, and that economical approach -- which isn't to say he doesn't dazzle when it's called for -- serves the music well. Although the set flirts with genre jumping, the closer Herring and friends get to true jazz, the more gleeful they seem. Osby livens up both the old Disney favorite "Jungle Book Overture" and Wayne Shorter's "Lost," and the remake of Aquarium Rescue Unit's "Splash," which closes this set, is pure enough to land these guys a booking not only at Bonnaroo but at Blue Note. ~ Jeff Tamarkin

Jimmy Herring
Subject to Change Without Notice
$16.30
Add to Cart