Taken in by a kindly couple, a six-inch-tall boy takes on a pair of comical crooks in this adaption of a classic Grimm fairy tale. 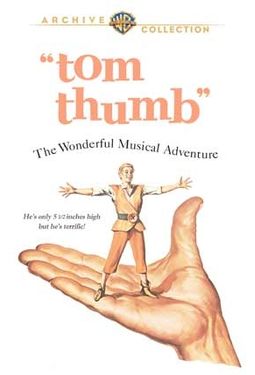 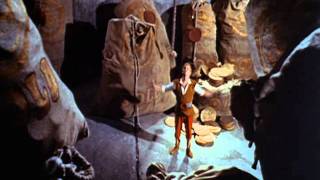 Taken in by a kindly couple, a six-inch-tall boy takes on a pair of comical crooks in this adaption of a classic Grimm fairy tale. Russ Tamblyn and Peter Sellers star in this enjoyable fantasy. Great Oscar-winning special effects that combine live actors, animation and puppets. Featuring songs by Oscar and Emmy-nominee Peggy Lee.

This lively musical comedy, adapted from the Brothers Grimm fairy tale, will delight adults and children alike. When a woodcutter spares a special tree, the Forest Queen wants to repay his kindness. She bestows a precious gift upon the man and his wife, who have always longed for a child of their own--a wee boy named "tom thumb. Then a dastardly duo plots to rob the village...and the boy no bigger than the size of your thumb becomes a hero, outwitting the thieves and saving the town's riches.

George Pal's version of TOM THUMB is a superb adaptation of the timeless children's story about a boy who is only a few inches tall. Russ Tamblyn (later to star as Riff in WEST SIDE STORY), singing and dancing his heart out, plays the title role, with Peter Sellers and Terry-Thomas as the pair of lovable bungling villains. Academy Awards: Best Special Effects.