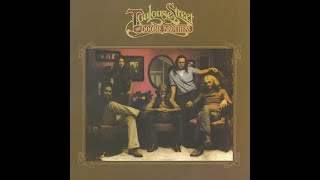 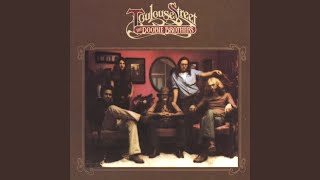 Listen to the Music (Music Video)

The Doobie Brothers shuffled personnel a bit after their debut album, changing bass players and adding a second drummer. For whatever reason, this sophomore effort was the one that kicked off their long streak as one of the most popular bands in America. The basic sound of TOULOUSE STREET isn't really all that different from the Doobies' previous effort. There's a similar mix of acoustic guitars, gospel harmonies, and overall post-hippie mellowness.
This time out, however, the songs have hooks as well as grooves. TOULOUSE STREET produced the chugging and eminently infectious "Listen to the Music," the Doobies' breakthrough hit single. Other highpoints include the anthemic "Rockin' Down the Highway," which quickly became a radio staple; a considerably juiced-up version of the Byrds' "Jesus is Just Alright;" the lovely, CSNY-inspired title song; and a nice cover--with horns--of Sonny Boy Williamson's blues classic "Don't Start Me Talkin'." Producer Ted Templeman gave the band a cleaner, harder-edged sound, and helped bring the band's unique mix of roots rock, gospel, country, jazz, bluegrass, R&B, swamp boogie, and pop hooks into perfect focus.

Hot
The Doobie Brothers
The Captain and Me (CD)
$8.98 on Sale
Add to Cart

55%off
The Doobie Brothers
Rockin' Down the Highway: The Wildlife Concert (2-CD)
$9.98 on Sale
Add to Cart