Every day's a holiday... when you're in love. 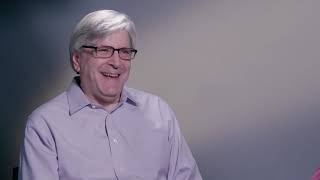 "What's the use of having all this jack around if it can't get us a superior kind of man'"
- Linda Seton (Katharine Hepburn)
"When I find myself in a position like this, I ask myself what would General Motors do' And then I do the opposite!"
- Johnny Case (Cary Grant)

Katharine Hepburn and Cary Grant team up in this classic George Cukor comedy about love that finally finds its mark. Johnny (Grant) has just met the girl of his dreams, so he proposes; she happily accepts. However, he soon discovers that his lovely bride-to-be, Julia (Doris Nolan), comes from a wealthy Park Avenue family, with a father who likes to make all the decisions and to whom she seems incapable of defying. Her unconventional sister, Linda (Hepburn), knows she wants something different from a mapped-out life; she also discovers she's falling in love with Johnny. Grant's effervescent performance is timeless, and his onscreen chemistry with Hepburn electric. Based on the 1928 play by Philip Barry, and the second time the story was adapted to the screen, this version established the rules for intelligent romantic comedies and provided a template from which the deft Cukor could further expand.

Katharine Hepburn and Cary Grant join forces in this well-loved Cukor comedy about the wrong marriage halted and the right one joyously celebrated--after many misunderstandings--par for the course in a romantic comedy. The 1930s-era HOLIDAY, however, is one of the original films of this genre.