Rolling Stone: 3.5 stars out of 5 - "...mines the frivolity and ferocity of rock&roll tradition....Le Tigre muscle up their righteous rebel-girl aggression with the rhythmic power of rock&roll verities."

Get email alerts for Le Tigre
Available: Usually ships in 3-5 business days
Only 5 copies left
Add to Cart
Add to Wishlist
Format:  CD
sku:  6K6E6
Related products:
Billie Eilish: When We All Fall Asleep, Where Do We Go? for $13.60
Leonard Cohen: Thanks For The Dance for $12.10
Bikini Kill: Reject All American for $11.80
Bikini Kill: The First Two Records for $11.80
Bikini Kill: Pussy Whipped for $11.80
92% recommend us! 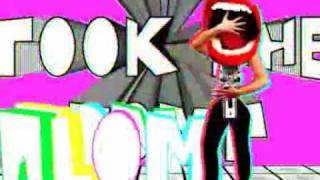 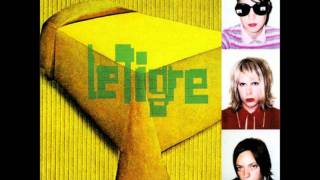 Le Tigre: Kathleen Hanna (vocals); Sadie Benning, Johanna Fateman.
Additional personnel: Chris Stamey (trumpet, tom-toms); Lake Lloyd, Tammy Rae
Carland, Jen Smith.
Principally recorded at Modern Recording, Chapel Hill, North Carolina.
The debut effort from Le Tigre sounds like the best new wave album not to come from the 1980s. Here, frontwoman Kathleen Hanna expands on the lo-fi sounds she tinkered with on her debut solo album, Julie Ruin. Le Tigre melds punk, new wave, and hip-hop into a seemingly cute package. Each song is hummable, and Hanna's "valley girl intelligentsia" voice is perfectly deceptive. In "Deceptacon," a song loaded with the kind of simple contradictions that made Kurt Cobain's lyrics so effective, Hanna sings, "Let me hear you depoliticize my rhyme." "What's Yr Take on Cassavetes" is the best song about an auteur since King Missile's "Martin Scorsese." "My My Metrocard" and "Les and Ray," two of the best songs on the album, display a welcome sort of contradiction: both songs seem to be about escape and exploration ("Think I'll go a little/but then I go far"), but the catchy hooks of these tunes are inescapable. With Bikini Kill, Hanna's politics were as subtle as the Empire State Building. But with Le Tigre, as with the great Tom Tom Club song "Genius of Love," the listener is left not only humming and dancing, but exploring the wealth of reference material hidden within its confines. ~ Brian Flota