Get email alerts for The Lumineers
Available: Usually ships in 2-5 business days
Only 4 copies left
Add to Cart
Add to Wishlist
Format:  CD
item number:  6AECK
Our customers love us! 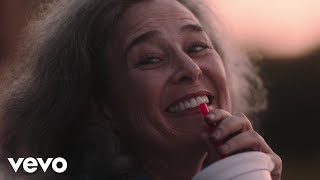 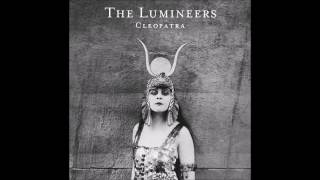 Paste (magazine) - "CLEOPATRA creates a slow drift, manifest in a sound that's far too elusive for immediate gratification. More shoe-gazing than head-nodding, it takes a lazy spin at a leisurely pace, allowing the possibility listeners may find themselves dozing off along the way."

Personnel: Wesley Schultz (vocals, guitar); Neyla Pekarek (vocals, cello); Byron Isaacs (vocals); Lauren Jacobson (strings); Jeremiah Fraites (piano, drums); David Baron (keyboards); Simone Felice (percussion).
Audio Mixer: Ryan Hewitt.
Recording information: The Clubhouse, Rhinebeck, NY.
Maybe the Lumineers got tired of hearing other bands replicate the big-footed stomp of "Ho Hey," an aesthetic that was impossible to avoid in the wake of their eponymous 2012 debut. So many bands adopted this thunderous folk that it no longer seemed to belong to the Lumineers; it appeared communal, perhaps existing to the earlier generations the Lumineers so clearly loved yet never quite replicated. Given this omnipresence, maybe it's not a surprise that the trio avoid any semblance of infectious rhythms on Cleopatra, their long-awaited second album, yet the sobriety of this 2016 affair is striking. Melancholy and sullen, Cleopatra feels like a conscious reaction to the idea that the band was merely a boisterous retro-throwback, a band that existed primarily on the surface. Apart from the lead single "Ophelia" and "Cleopatra," this sophomore set avoids tempos that could be called sprightly, and melody comes second to mood as well. Sometimes, the Lumineers are quite effective at being evocative: there's a certain dusky shimmer to the album, an atmosphere that tends to hang as heavy as fog as the record rolls along. This sequencing, where the relatively hookier tunes are pushed toward the front, is typical in the 21st century -- albums are front-loaded to pull in casual listeners, making the bet that the serious fans will stick around for the serious stuff that arrives at the end of the record -- but this also robs Cleopatra of velocity, with whatever energy there was dissipating by the album's conclusion, when the record winds down with its quietest moments. Nevertheless, there's something admirable about the album's solemnity: the Lumineers are on a quest to be taken seriously, and even if they overplay their hand, the earnestness is ingratiating. ~ Stephen Thomas Erlewine

Justin Townes Earle
Nothing's Gonna Change the Way You Feel About Me Now
$14.50
Add to Cart
(50+)

31%off
Dwight Yoakam
Platinum Collection
$8.98 Out of Stock
Save for Later
(8)