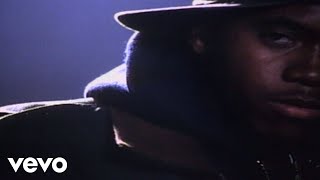 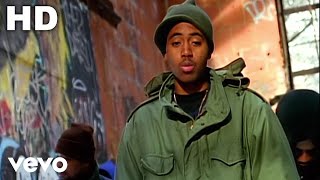 Personnel includes: Nas, AZ (vocals); Olu Dara (trumpet).
Producers: DJ Premier, L.E.S., Pete Rock, Q-Tip, The Large Professor.
Engineers include: Eddie Sancho, Jason Vogel, Jamey Staub.
Recorded at Chung King Studios, D & D Recording and Battery Studios, New York, New York.
Personnel: Nas, A.Z. (rap vocals); Olu Dara (trumpet).
Producers: DJ Premier, L.E.S., NAS, Pete Rock, The Large Professor, Q-Tip.
Engineers include: Eddie Sancho, Jamey Staub, Kevin Reynolds.
Includes a bonus disc with select remixes.
Personnel includes: Nas, AZ.
Producers include: The Large Professor, Pete Rock, L.E.S., DJ Premier, Q-Tip.
Personnel: Nas (vocals); AZ (vocals); Olu Dara (trumpet).
Audio Mixer: Diego Garrido.
Recording information: Battery Studios, New York, NY; Chung King Studios, New York, NY; D & D Recording, New York, NY; PowerPlay Stu; Unique Studios, New York, NY.
Photographer: Danny Clinch.
Out of a seemingly endless array of hip hop albums, every now and again something fresh and powerful rises to the top of the pile. Hailing from the Queensbridge Housing Projects in Long Island City (home to Marley Marl among others), 20-year old Nasir "Nas" Jones is less concerned with being an impersonator than with being an originator, bypassing adolescent fantasies and B-boy braggadocio in favor of jazzy beats, rap noir realism and new answers to urban despair.
ILLMATIC is his story, a cautionary tale of the inner-city streets, and as Nas makes plain on his opener, "The Genesis," this is what he does, with or without a record contract, and it's going to be served up straight, no chaser. And because Nas has the courage to transcend popular trends, to separate himself from the ranks of wannabes and me-toos, he may be on the verge of inaugurating some stylistic changes of his own.
Production-wise, Nas has gathered together some of the superstars of the hip hop underground, producers the likes of Q-Tip, Pete Rock, L.E.S., DJ Premier and The Large Professor, but it is Nas's unique rhythmic cadences, his idiomatic sense of on-the-street wordplay, his disrespect for the high time and the empty rhyme that distinguishes ILLMATIC. When Nas rocks the mic, it's not a hedonist's wet dream, but a depiction of urban hope and despair, and thanks to Nas's poetic insights, he soon transports you there (in a manner seldom seen in black pop since the days of Stevie's INNERVISIONS and Marvin Gaye's WHAT'S GOIN' ON?).