The Who The Who Sell Out

Rolling Stone: Ranked #113 in Rolling Stone's "500 Greatest Albums Of All Time" - "[I]t was a send-up of consumer culture, and the band's first stab at a concept album." 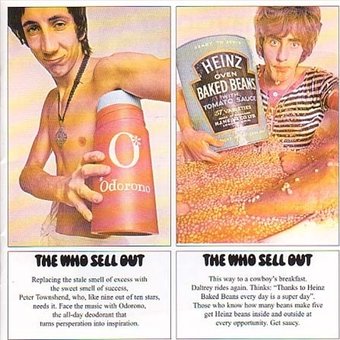 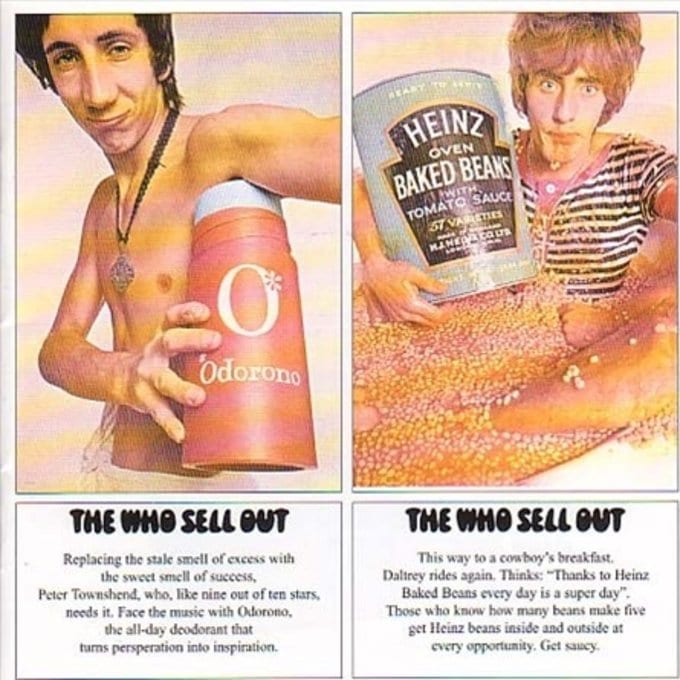 Get email alerts for The Who
Special Order Item: Usually ships in 7-14 days
Add to Cart
Add to Wishlist
Format:  CD
item number:  7257H
For this item we cannot guarantee delivery in time for Christmas
However lots of other items are still available and ready to ship in time for Christmas
91% recommend us! 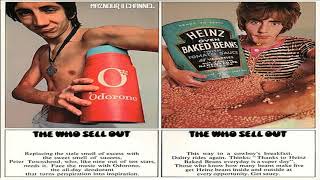 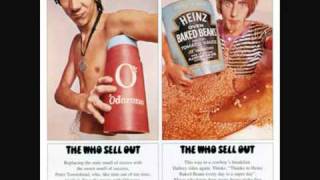 The Who Sell Out - Radio London (Music Video)

Rolling Stone
"[T]he songs themselves were a glorious hodgepodge. There was one brilliantly chiming anthem 'I Can See for Miles,' a South American flavored pop rocker called 'Mary Anne With the Shaky Hand,' and a psychedelic mini-rock opera 'Rael'..."
Rolling Stone - 12/11/03, p.124
Ranked #113 in Rolling Stone's "500 Greatest Albums Of All Time" - "[I]t was a send-up of consumer culture, and the band's first stab at a concept album."
Rolling Stone - 10/28/99, p.107
4.5 stars out of 5 - "...SELL OUT is the most successful concept album ever...To hear these 13 tracks is to be transported to the wistful, alternatingly painful and joyous territory that was the Who's...adolescence."
Uncut
5 stars out of 5 -- "[A]s this package joyously proves, they never made anything more entertaining or endearing."
Melody Maker - 7/22/95, p.36
Bloody Essential - "...a masterpiece. A glorious celebration of pop as useless commodity and a commercially corrupted art form....it crosses art-school intelligence with pop flash with neither being cheapened or degraded, and is, as such, a stupendous achievement..."
Q (Magazine) - p.112
4 stars out of 5 -- "Revisiting it now, you can hear a hint of the monolithic rock that would make The Who a stadium act in the '70s, and the knowing humour that would inspire the best of such Britpop disciples as Pulp and Blur."
Mojo (Publisher) - p.117
4 stars out of 5 -- "[W]hat truly defines SELL OUT is its deference to the well-rehearsed language of pop. Kinks-like character vignettes and PET SOUNDS-parroting textures are the dominant influences."
NME (Magazine) - 7/22/95, p.49
9 (out of 10) - "...Townshend finally free of shackles....a stream of brittle, spangly pop songs...which are simply otherworldly....Like all truly great albums, SELL OUT isn't overrated. It's simply that you might not be ready for it yet."
Record Collector (magazine) - p.87
4 stars out of 5 -- "'I Can See For Miles' was the powerhouse....'I Can't Reach You' and 'Rael' both strayed beyond the previous template of the accepted notions of pop, rich in motifs that would return more fully-formed on TOMMY."

This 1995 reissue of THE WHO SELL OUT includes songs and jingles not available on the original version.
The Who: Pete Townshend (vocals, guitar, piano); John Entwistle (vocals, bass); Roger Daltrey (vocals); Keith Moon (drums).
Additional personnel: Al Kooper (organ).
Producer: Kit Lambert.
Reissue producer: Jon Astley.
Recorded in 1967 & 1968.
Originally released on Track (612002/613002). Released in the U.S. on Decca (4950/74950) in 1968.
Includes liner notes by Dave Marsh.
Only three albums into its recording career, the Who had already begun to distance itself from its proletarian R&B beginnings. Here, songwriter Pete Townshend follows up on the rock-opera idea he had introduced on A QUICK ONE with the extended, multi-part composition "Rael" and would later expand upon with TOMMY. The band had also begun exploring the form of the concept album. The songs are connected by bits of fake radio commercials and brass fanfares, and there's a little of everything thrown into the mix. All-out rockers like the vengeful "I Can See For Miles" vie for the listener's attention with the romantic declarations of "Our Love Was" and the soft, folky "Maryanne With The Shaky Hand" on this impressively eclectic album.

The Who
Philadelphia Vol.2
$22
Add to Cart