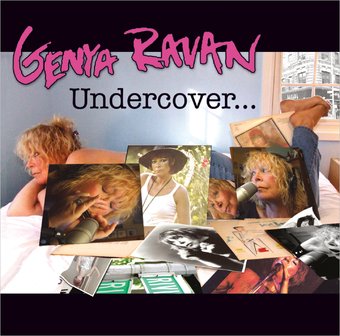 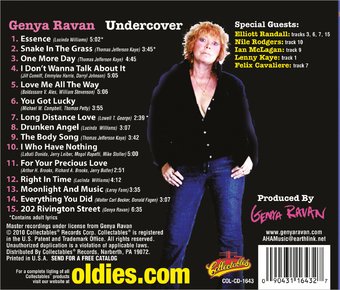 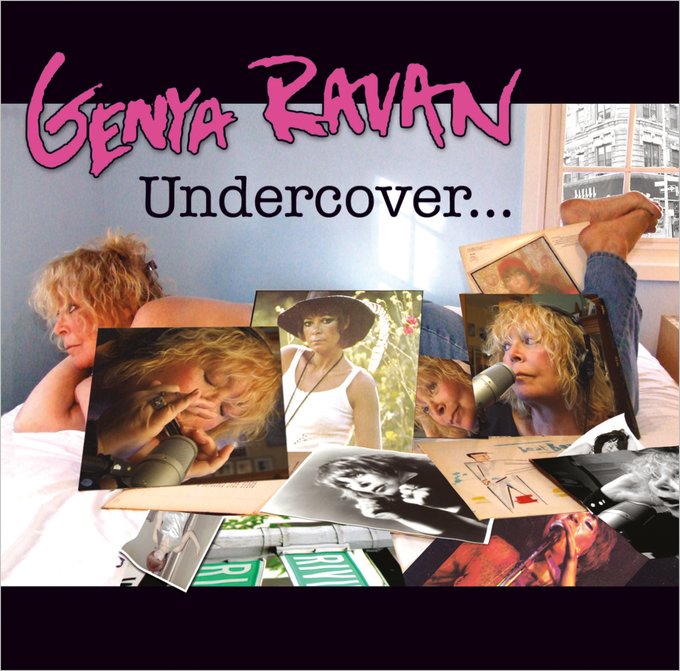 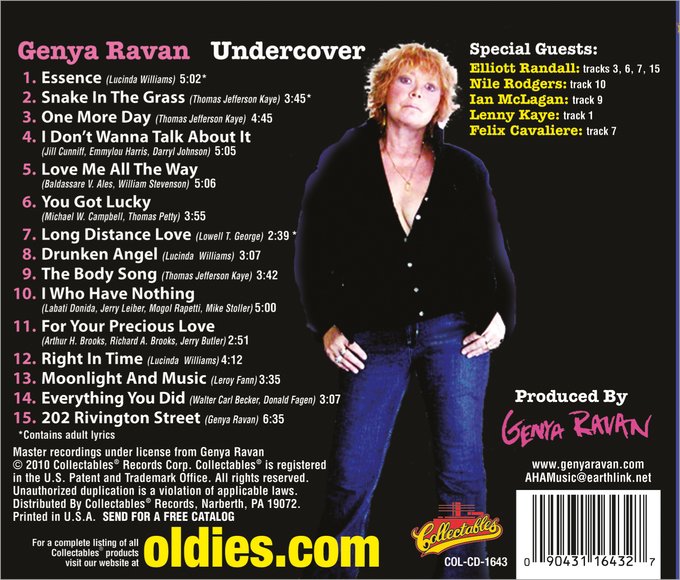 54%off
The Creatures Of Golden Dawn
Standing At The Gates of Time (CD-R)
$5.98
Add to Cart


Genya Ravan, one of rock n' roll's greatest female singers/musicians has released this amazing new album. Fans will be elated with this album, which is filled with great songs. Genya's music is rock, R&B, blues, and Americana all rolled into a brew of pure , real music. Genya's vocals are as soulful and passionate as they were on her classic 60's and 70's albums. The album is called UNDERCOVER because almost all of the songs are favorites of hers written by other artists. The songs are fresh and alive, with most being songs I've never heard before. Genya has an affinity for Lucinda Williams' songbook , and there are 3 songs here that fit her perfectly: ESSENCE, RIGHT IN TIME and DRUNKEN ANGEL. The material is diverse, with a broad range of sounds, played by an ace band of musicians. Genya's production is crisp and clear, with Genya doing the background vocals, just as she did on her seminal albums URBAN DESIRE and AND I MERAN IT! She also chose some songs by the songwriter Thomas Jefferson Kaye, who like Genya recorded for ABC/Dunhill for a time. SNAKE IN THE GRASS is a rocker with some great hooks and good use of tambourine, something you don't hear much anymore. Felix Cavaliere of The Rascals , who like Genya, is still releasing new albums, joins her on LONG DISTANCE LOVE. Of the more familiar songs that Genya chose, I WHO HAVE NOTHING is a killer, given a new arrangement. Always a dramatic song, Genya puts her own spin on it, not an easy thing to do given the previous versions by other great singers like Shirley Bassey and Tom Jones. YOU GOT LUCKY is a wise choice, and Genya does the Tom Petty song justice from a female point of view. Perhaps, most telling of her influences is the song, MOONLIGHT AND MUSIC, a doo-wop song from the 50's that Genya does every vocal part on herdelf. If you know the song NIGHT OWL from AND I MEAN IT!, this one is right up the doo wop alley. The album closer is a 6 minute studio version of her own 202 RIVINGTON STREET. Previously only avaliable as a live version, this autobiographical song is heartbreaking and beautiful. The girl from New York City, who became a singer, musician & producer, known over the world in a career that started in 1962 is back. There aren't too many still making vital new albums, but Genya Ravan is. You'll love this new release. Whether you know her from The Escorts, Goldie and The Gingerbreads, Ten Wheel Drive or her classic 70's albums , you'll be pleased to know that this rock queen is back. And if you don't, it's time you do. She's an American rock 'n' roll original.

81%off
Freda Payne
Come See About Me
$2.99 Super Savings
Add to Cart