Alternative Press: "Gore wastes little time in using both bliss and agitation to capture the listener's ear, as heard in the scorching opener, 'Prayers/Triangles.'" 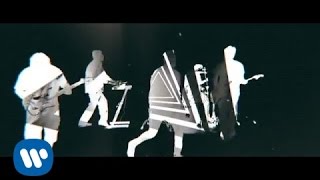 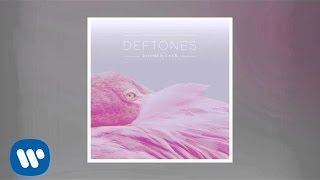 Rolling Stone
3.5 stars out of 5 -- "While evolving from dreadlocked headbangers to multihued experimentalists, they've made introspective shoegaze, anthemic alt-rock, shimmering dream-pop and speaker-melting metal seem like oddly easy bedfellows."
Alternative Press
"Gore wastes little time in using both bliss and agitation to capture the listener's ear, as heard in the scorching opener, 'Prayers/Triangles.'"
NME (Magazine)
"There are touches of heady atmospherics on the entrancing 'Hearts/Wires' and 'Prayers/Triangles', and the otherwise pleasant trip of 'Acid Hologram' features the Babadook grunting the middle eight."
Pitchfork (Website) - "GORE is easily Deftones' most engaging record since White Pony, filled with carefully crafted hooks disguised as bridges and transition."

Audio Mixer: Matt Hyde .
Recording information: Far From Earth Films, Bend, OR; Megawatt Recording, Studio City, CA.
Photographer: Frank Maddocks.
As the title Gore suggests, the contents within are bloody and visceral. Yet considering the cover art -- which shows a flamboyance of pretty pink flamingoes flying against a grey-blue sky -- thoughts of pure violence are subverted. This dichotomy has been central to the Deftones ethos since their start. By combining brutality with beauty, the Californian quintet elicits deep vulnerability, all while assaulting the senses. They've hit another career peak with Gore, marked by some new directions and layered atmospherics that explore the different shades between the extremes. Produced by Matt Hyde -- who also worked on 2012's Koi No Yokan -- Gore provides enough moments of pummeling savagery to balance the fragility that the band can often tease. Those varied trademarks are reintroduced on the sprawling first single, "Prayers/Triangles," which vacillates between the slinking rhythms of guitarist Stephen Carpenter and bassist Sergio Vega, and the pounding heart of drummer Abe Cunningham. Vocalist Chino Moreno's screech -- both gorgeous and demonic -- crashes in as he howls about a "godless demon" and the "force divine." His banshee wail remains in fine form, sending shivers down the spine on the battering "Doomed User" and the feral title track. Both of these songs also house some unexpected Judas Priest/Iron Maiden '80s metal riffs by Carpenter, which intensify the sense of reinvigoration within the band. Effects man Frank Delgado buffers everything with clever sonic touches -- experimental traces of mood that haven't been this exciting since 1999's groundbreaking White Pony -- like on the hazy swirl of the aptly named "Acid Hologram" and the uncomfortably tense "Geometric Headdress." The juxtapositions that the band toys with are well executed on the ominously sexy "(L)MIRL", a dangerous invitation that could be a prequel to what transpires on White Pony's "Passenger." While it starts off comforting, the anxiety is amped up before its dark, walloping end. The core of the album does fine work progressing Deftones' sound, with a trio of highlights that kick off with the hypnotic, spacious "Hearts/Wires," carries through the cyclone of "Pittura Infamante," and closes with the enthralling "Xenon." However, the centerpiece of the album appears on the penultimate track, "Phantom Bride," which features Alice in Chains' Jerry Cantrell on guitar. This might be the prettiest song in the Deftones catalog, as Moreno's yearning voice soars above the sonic waves before a Cantrell solo sails in to meld perfectly with the band. This album may mark the band's 20-year anniversary, but Deftones refuse to rest on legacy status. Gore is a triumphant reminder of the band's ever-evolving sound and their continuing ability to push the boundaries of metal. ~ Neil Z. Yeung

18%off
Deftones
Death By Decibels
$16.40 Super Savings
Add to Cart

Matrix Reloaded (Music From Aand Inspired By The Motion...
$28.50
Add to Cart