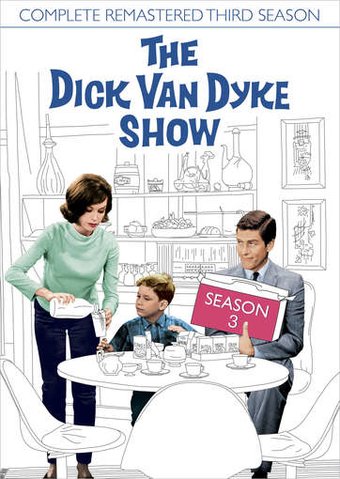 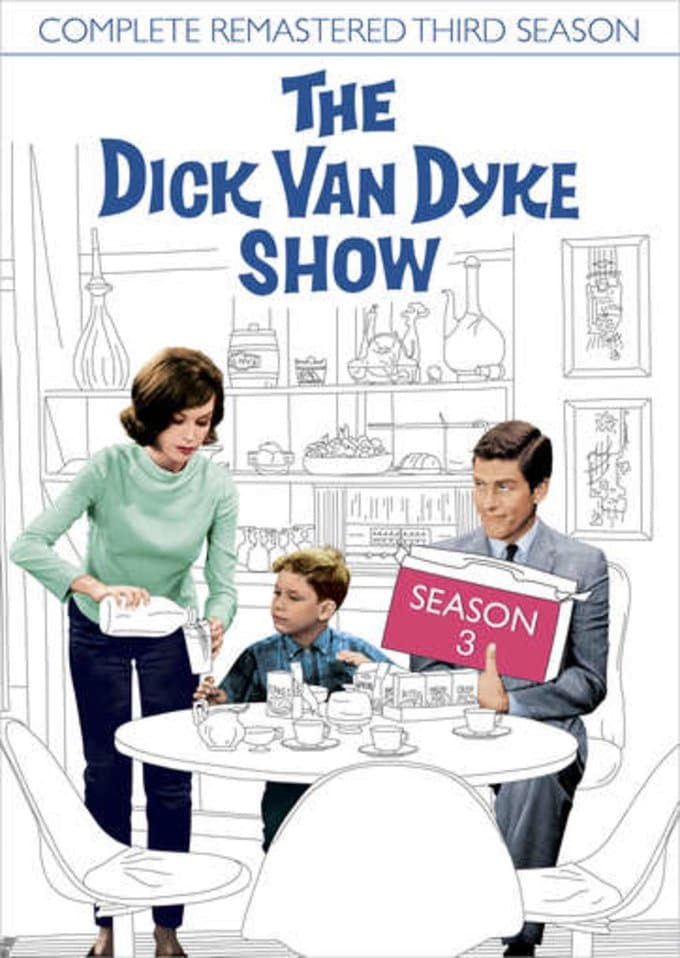 ALL 32 EPISODES FROM THE THIRD SEASON OF ONE OF TV'S GREATEST COMEDY SERIES! Trip into the living room of pratfall-prone comedy writer Rob Petrie (Dick Van Dyke), tackling life in the suburbs and work in the big city, aided and agitated by his lovely wife Laura (Mary Tyler Moore). Adding to the fun are Rob's wisecracking co-workers Sally (Rose Marie) and Buddy (Morey Amsterdam), long-suffering Mel Cooley (Richard Deacon) and hot-tempered boss Alan Brady (show creator Carl Reiner). Winner of 15 Emmy Awards, THE DICK VAN DYKE SHOW is consistently ranked among the top TV comedies of all-time and renowned for its phenomenal cast and stellar writing.

SEASON THREE EPISODES That's My Boy?, The Masterpiece, Laura's Little Lie, Too Many Stars, Very Old Shoes Very Old Rice, Uncle George, Who and Where Was Antonio Stradivarius?, Big Max Calvada, The Ballad of the Betty Lou, Turtles Ties and Toreadors, Sound of the Trumpets of Conscience Falls Deafly..., The Third One from the Left, The Alan Brady Show Presents, My Husband Is the Best One, Happy Birthday and Too Many More, The Lady and the Tiger and the Lawyer, The Life and Love of Joe Coogan, A Nice Friendly Game of Cards, The Brave and the Backache, The Pen Is Mightier Than the Mouth, My Part-Time Wife, Honeymoons Are for the Lucky, How to Spank a Star, The Plots Thicken, Scratch My Car and Die, The Return of Edwin Carp, October Eve, Dear Mrs. Petrie Your Husband Is in Jail, My Neighbor's Husband's Other Life, I'd Rather Be Bald Than Have No Head at All, Teacher's Petrie, My Two Showoffs and Me