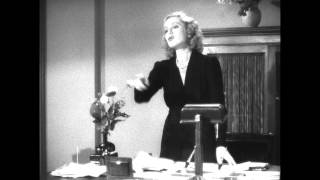 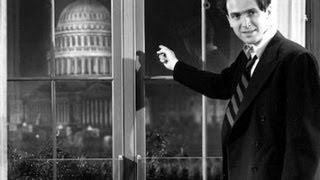 Jean Arthur, James Stewart and Claude Rains star in Frank Capra's MR. SMITH GOES TO WASHINGTON, theaward-winning 1939 classic about an idealistic, small town senator who heads to Washington and suddenly finds himself single-handedly battling ruthless politicans out to destroy him. When Frank Capradecided to film the novel "The Gentleman From Montana", he ran into an obstacle Director Rouben Mamoulian owned the rights to the story. Unwilling to sell, Mamoulian eventually traded the material toColumbia on the condition that he be allowed to direct Golden Boy. As Capra began working on the film, now called MR. SMITH GOES TO WASHINGTON, it was suggested that Gary Copper, the star of Mr. Deeds Goes to Town, take the lead. Capra selected Jimmy Stewart instead and the film solidified Stewart's movie career, garnering him his first Academy Award(r) nomination. Receiving a total of eleven 1939 Oscar(r) nominations (including Best Picture and Best Director), and winning one (Best Motion Picture Story), MR. SMITH GOES TO WASHINGTON is considered one of Capra's, Stewart's and Columbia's finest films. It also marked the end of an era. It was Capra's final film for the studio.

Frank Capra's much-loved political parable staring James Stewart and Jean Arthur, is a classic of American cinema.
When a Wisconsin senator dies, patriotic boy scout leader Jefferson Smith is appointed his successor. Smith's appointment comes at the suggestion of crooked political strategist Jim Taylor who needs a "yes man" in the office -- and the innocent starry-eyed Smith's considered too naive to suspect foul play. But Smith's savvy secretary Saunders knows the whys and wherefores, the ins and outs of the Beltway. She gives Jeff the info he needs to go head-to-head with corrupt senator Joseph Paine, champion forgotten causes and fight for good old American values.

From Here to Eternity (DVD)
$13.10 Super Savings
Add to Cart