The Best of Two Worlds
by Stan Getz / João Gilberto 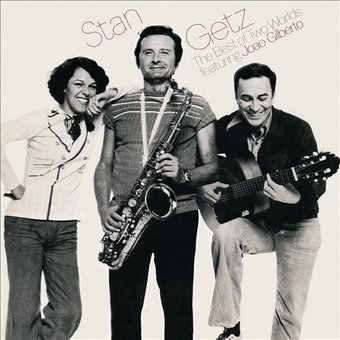 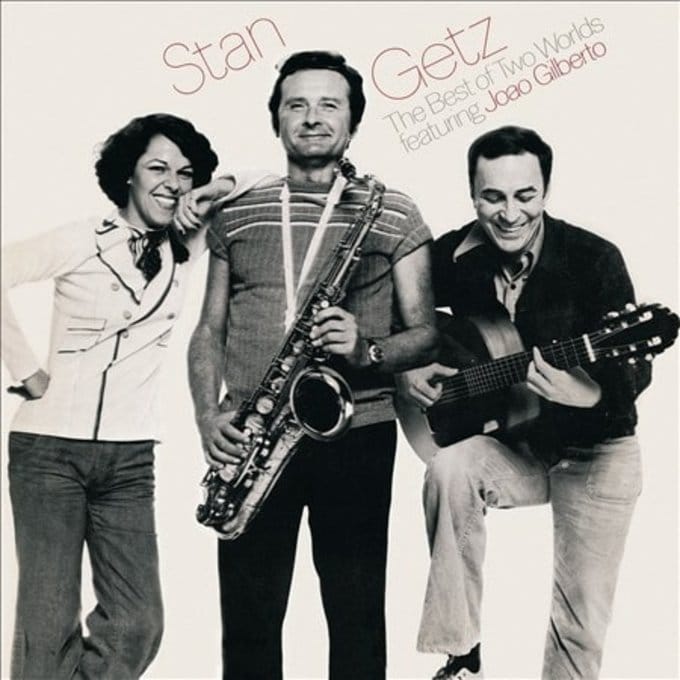 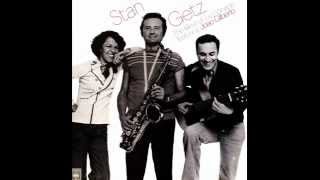 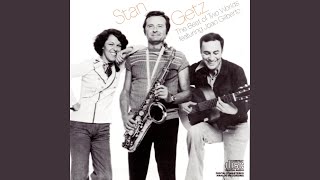 Personnel includes: Stan Getz (tenor saxophone); Joao Gilberto.
This 1976 album by the late saxophonist Stan Getz is a reunion of sorts with Joao Gilberto, the great Brazilian guitarist and singer, and the music of Antonio Carlos Jobim (or Tom Jobim), along with the stylish and nonintrusive arrangements of Oscar Carlos Neves. The trio changed the world in the early 1960s with its Getz/Gilberto albums. With Neves, they almost did it again, but with all of the crap falling down around them in the musical climate of the mid-'70s -- fusion, disco, overblown rock, and the serious decline of jazz -- this disc was criminally overlooked at the time. Joining these four men in their realization of modern bossa and samba are drummers Billy Hart and Grady Tate, percussionists Airto, Ray Armando, and Ruben Bassini, bassist Steve Swallow, pianist Albert Dailey, and Heliosoa Buarque de Hollanda singing the English vocals as a fill-in for Astrud Gilberto -- who was not invited to join this session and would have declined if she were. The most beautiful thing about this recording is that Jobim -- whose song forms had reached such a degree of sophistication that he was untouchable -- chose to write all of his lyrics in English (songwriter Gene Lees also wrote many in English). This is something that did not come naturally or effortlessly to Jobim, but sounds as if it did. Jobim's poetry on tracks such as "Waters of March," accompanied by Getz's lushly romantic saxophones and Gilberto's crooning nylon-string guitar, are so sensuous they radiate heat and humidity. Elsewhere, on the Lees/Jobim co-write "Double Rainbow," Gilberto's singing carries the soft bossa into the middle of American jazz phraseology and builds a bridge so airy and flexible it can never be undone. There is also a barn-burning samba in "Falsa Bahiana," which slips and shimmies along the 6/8 line and sweeps itself up in couplets in the solos. In all, this is as fine a bossa album as Getz ever recorded, standing among his finest works, and without a doubt equals his earlier collaborations with Jobim and Gilberto. ~ Thom Jurek