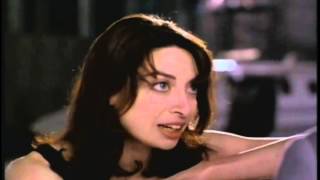 In this cinematic version of Howard Korder's darkly satiric stage play, a small-time loser becomes convinced his destiny is to produce a New York-set screen epic. Stumbling his way toward his dream, he doesn't realize his life is falling apart. Produced by Martin Scorsese.

Middle-aged Martin Mirkhein is a complete failure. He's run a successful business into debt, his marriage is falling apart, and now he's owes the IRS $147,956 in back taxes. Martin may not have much going for him but he has read "Daniel Strong," a best-selling, self-help novel by the popular TV guru Dr Waxling. Now he wants to turn the novel into a major motion picture. To do that, Martin needs the rights and the revenue. Given his grating personality and terrible track record, it won't be easy to get a hold of either. He sets out to meet with Dr. Waxling but ends up sleeping with Waxling's screenwriter-assistant Marie, instead. Determined to make a movie, Martin and Marie move to New York. There, they get involved with wealthy Kim Ulander, an enigmatic businessman with quirky tendencies and a repressed desire to live dangerously. If they aren't careful, this daring duo may not come out of this deal alive.