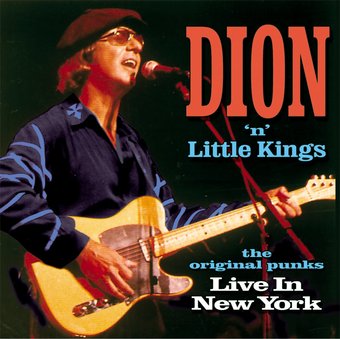 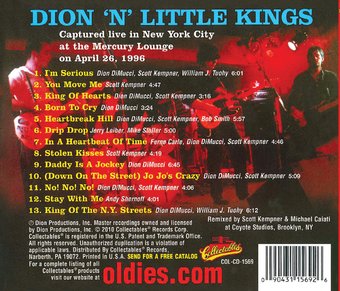 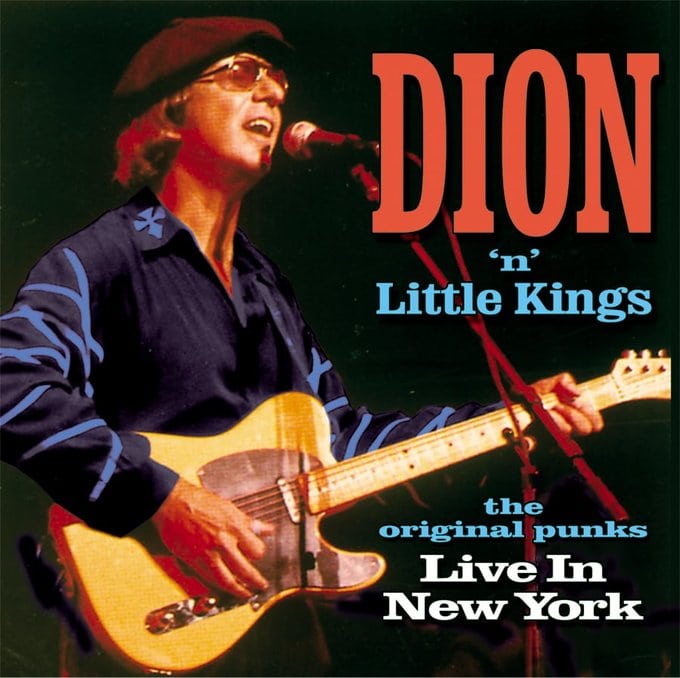 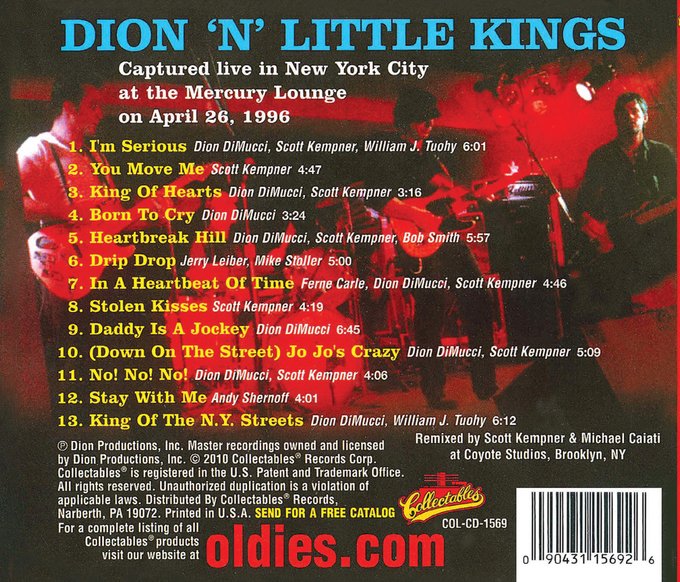 Dion is one of the most celebrated performers of the rock era and has been inducted into both the Rock & Roll and Grammy Halls of Fame. This live recording was made in New York City at the Mercury Lounge on April 26, 1996 and also features Scott Kempner (The Dictators, The Del-Lords) on lead guitar, Mike Mesaros (The Smithereens) on bass, and Frank Funaro (Camper Van Beethoven, Cracker, The Del-Lords, The Dictators) on drums.