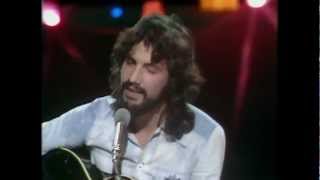 Personnel includes: Cat Stevens (vocals, guitar).
Reissue producer: Bill Levenson.
Digitally remastered by Ted Jensen (1999 Sterling Sound).
This is a limited edition digipack.
Personnel includes: Cat Stevens (vocals).
Reissue producer: Bill Levenson.
Originally released on A & M (#4519).
Digitally remastered by Ted Jensen (1999 Sterling Sound).
Like many of his peers, Cat Stevens made records that were identified by strong, memorable hit singles, but make no mistake: he made albums that were cohesive works onto themselves. For that reason, the very idea of a Cat Stevens greatest-hits collection may be troublesome to some fans, since they will only notice the missing album tracks, but Greatest Hits does its job exceptionally well. With the exception of "The Hurt," all of his hits from the early '70s -- "Wild World," "Moon Shadow," "Peace Train," "Morning Has Broken," "Sitting," "Oh Very Young," "Another Saturday Night," "Ready," and "Two Fine People" -- are here, along with three other fine album tracks. In short, it is everything that casual fans need -- and even fans that find a favorite or two missing will be hard-pressed to deny that this is a solid introduction and a great listen. ~ Stephen Thomas Erlewine