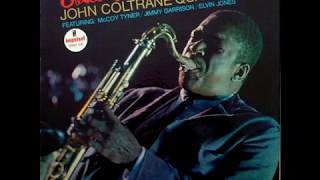 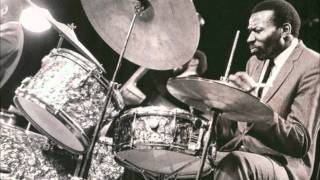 John Coltrane Quartet: John Coltrane (tenor saxophone); McCoy Tyner (piano); Jimmy Garrison (bass); Elvin Jones (drums).
Producer: Bob Thiele.
Reissue producer: Michael Cuscuna.
Recorded at the Van Gelder Studio, Englewood Cliffs, New Jersey on April 27 and June 1, 1964. Includes liner notes by Nat Hentoff and Michael Cuscuna.
Digitally remastered by Eric Labson (MCA Studios).
Like the legendary A LOVE SUPREME, John Coltrane's CRESCENT is one of the most revered albums of his career. The classic Coltrane quartet is in prime form as Tyner, Garrison and Jones form a tight bond with their leader in a stunning display of expression and musical interaction. Coltrane stretches and contorts his sound to construct solos of mesmerizing beauty as on the opening title track.
The brooding ballad "Wise One" is a free-form lilt that meanders its way through the haunting melody while Jones' cymbals surge and swell in support. The classic blues of "Bessie's Blues" and the exceptional "Lonnie's Lament" provide examples of this group's ability to express powerful moods on both ends of the emotional spectrum. The grand finale "The Drum Thing" reflects a Middle Eastern influence as Coltrane's snaking melody floats above Jones' churning solo that eventually erupts into an explosive torrent of sound.

23%off
John Coltrane
The Complete Stockholm Concerts (3-CD)
$9.98 on Sale
Add to Cart