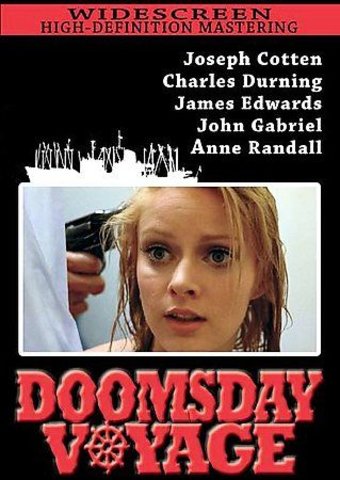 Under disguise as a French sailor, a wanted assassin abducts a ship Captain's daughter and demands a free ride out of the country in return for not hurting the young woman. While the captain agrees in an effort to spare his daughter's life, the ship's First Mate finds out that the assassin has boarded the ship, and decides to take matters into his own hands. Director John Vidette doesn't reveal whether this is a smart or foolish move until the end of the film. Thrilling and filled with suspense, DOOMSDAY VOYAGE features star performances by Joseph Cotton, Charles Durning, James Edwards, and Anne Randall.

The Reincarnation of Peter Proud (DVD)
$19
Add to Cart