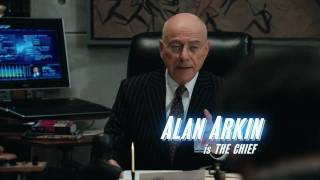 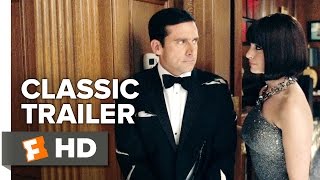 Though it features nostalgic nods to its classic TV inspiration, GET SMART is fun for both devoted fans and those who might mistake the cone of silence for a less-crunchy dessert dish. Steve Carell (THE OFFICE) takes over the role Don Adams originated as Maxwell Smart, a desk-bound analyst at spy agency CONTROL. When the evildoers at KAOS discover the identities of all of CONTROL's agents, it's finally time for Max to shine in the field. Paired with the sexy Agent 99 (Anne Hathaway, THE DEVIL WEARS PRADA), the bumbling Max leads a crusade against KAOS with a variety of high-tech gadgets.

Naysayers might have suggested that a movie based on the show GET SMART might have become another Cold War casualty, but the strong cast makes this action-comedy a success. Though the ‘60s series' Adams can't be replaced, Carell ably steps into his predecessor's phone-bearing shoes. As KAOS kingpin Siegfried, Terence Stamp is just as deliciously evil as he was as SUPERMAN II's General Zod. But Dwayne Johnson (THE GAME PLAN) especially deserves kudos for his comic chops in a supporting turn as Agent 23. The part may be smaller than the lead roles audiences are used to seeing him play, but it's a perfect opportunity for him to display his action and comedic muscles. Behind the scenes, series creators Mel Brooks and Buck Henry serve as creative consultants on the film, and this version of GET SMART shows a loving devotion to its source material.

Get Smart's Bruce and Lloyd Out of Control
$6.98 on Sale
Add to Cart

The Other Guys
$6.50 Super Savings
Add to Cart