There's a whole other world going on inside of him. 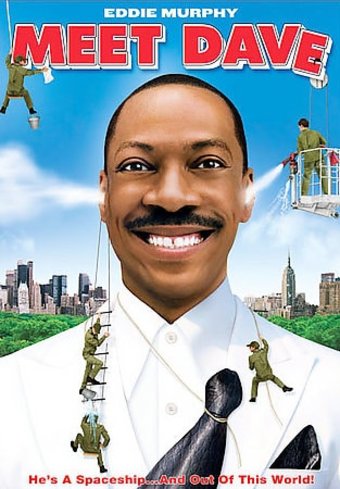 Currently Out of Stock: We'll get more as soon as possible
Notify Me When Available
Add to Wishlist
Format:  DVD
item number:  XSUR 01117D
91% recommend us! 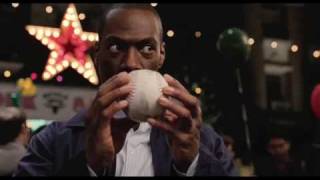 Actor-turned-director Brian Robbins (VARSITY BLUES, THE PERFECT SCORE) is at the helm of comedian Eddie Murphy's alien adventure, MEET DAVE. Murphy stars as the minuscule captain of an alien spaceship that lands on Earth in the shape of a human being that looks just like him. The tiny crew is responsible for making the spaceship look and act like a human being as they search for a powerful orb that went off course and landed in Manhattan. Along the way, the captain--aka Dave--is befriended by Josh (Austyn Lind Myers), a fifth-grade boy who is being raised by his artist mother, Gina (Elizabeth Banks), since the death of his heroic Naval officer father. Although Dave and his crew land on Earth believing that the human race is inferior, they soon realize that there is something to be said for emotions, feelings, and friendship.

The fun in this film lies in watching the spaceship Murphy try to assimilate as a human. His exaggerated facial expressions are priceless, and his skill at physical comedy is apparent throughout the film. Dave is a sponge soaking up everything around him. The crew's attempts to understand human culture are also amusing, as they get most of their cultural information from Google and Yahoo. Gabrielle Union stars as No. 3, the cultural officer, while Ed Helms is No 2., the second in command who thinks that his captain is adapting to Earth way too easily. Kevin Hart is No. 17, the crew member charged with dealing with many of the spaceship's internal functions.

There's something that makes Dave stand out from everyone else in New York City. It's that he's an alien! More accurately, he's an alien ship, on a mission to Earth to save his home planet. Torn between the voices in his head - a tiny alien crew led by a high-strung, miniature version of himself - and the world around him, Dave struggles to appear normal. But when he falls for an Earth woman, the consequences are hilarious in this "cleverly conceived... comedy" with plenty of laughs for all ages."

The Adventures of Pluto Nash
$16.20
Add to Cart

80%off
Respect Yourself: The Stax Records Story (DVD)
$3.98 Super Savings
Add to Cart