Spin: 3 stars out of 5 -- "The songs are more frantic and noisy than the band's recent work....The targets haven't changed much, and Bad Religion still hit them hard." 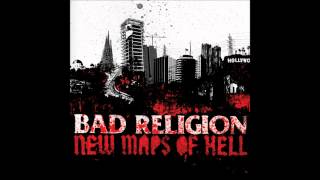 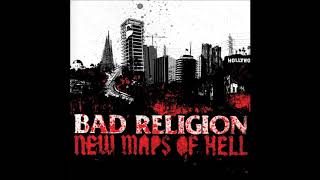 Spin - p.98
3 stars out of 5 -- "The songs are more frantic and noisy than the band's recent work....The targets haven't changed much, and Bad Religion still hit them hard."
Kerrang (Magazine) - pp.46-47
"The songs here are sharp and the production is state of the art, harnessing the energies of a group that still plays as if it's living its last hour on earth."

Ever since they burst out of the early 1980s SoCal hardcore scene, Bad Religion has always been the smartest punk band on the block. Some 25 years down the line, the men who punk rock to grad school (literally--singer Greg Graffin has a Ph.D.) are as unrelenting as ever. In a post-9/11 America, there's more need than ever for Bad Religion, as the churning riffs and turbulent rhythms of NEW MAPS OF HELL propel polysyllabic, brainy lyrics that capture the tenor of the times. Sometimes directly addressing the turmoil of a war-torn world, sometimes evoking a more existential dilemma, Graffin, founding guitarist/co-writer Brett Gurewitz, and the rest of the sonic marauders march with righteous fury into the fray of humanity's follies, rocking intensely all the while.

Bad Religion
The Process of Belief
$19.50
Add to Cart