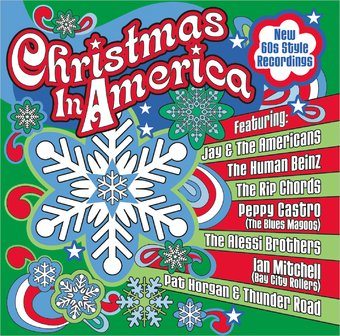 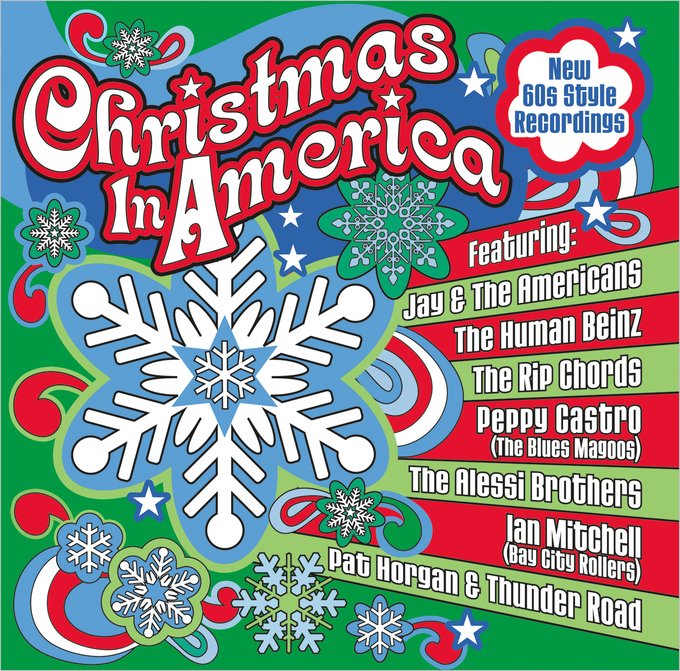 Ten new holiday recordings, performed in a 60's pop style, by popular artists. Includes a brand new song from the legendary Jay & The Americans "Christmas In America" plus "Hot Rod Holiday" by The Rip Chords and "Christmas Story" by The Human Beinz.

It's hard to stir much interest in new Christmas songs when the season builds its unique emotional energy on a remembrance of Christmases past, a kind of collective willful nostalgia where "Frosty the Snowman," "Jingle Bells," "The Little Drummer Boy," and their other classic kindred work just fine, sometimes even magically so. It's tough to break any new holiday tunes into such a milieu, and nothing on this nostalgic (albeit nostalgia in an entirely different direction -- the front cover states these are "new 60s style recordings") set of somewhat generic pop-folkish holiday rock sides is likely to accomplish it. There are a couple of interesting moments, including Jay & the Americans' almost catchy "Christmas in America," the Rip Chords' creaky (creaky because those days are long gone, gas prices and all) "Hot Rod Holiday," and Pat Horgan (who compiled this collection along with Jon Stern) & Thunder Road's faux Bruce Springsteen holiday epic "Christmas in the Bronx, 1965," but most of what's here just drifts right by in a mistletoe haze. It's tough to compete with "Rudolph the Red-Nosed Reindeer," no matter what recording decade you emulate. ~ Steve Leggett

38%off
Joel Katz / Johnny Maestro & The Brooklyn Bridge
Christmas with Johnny and Joel (CD)
$4.98 on Sale
Add to Cart