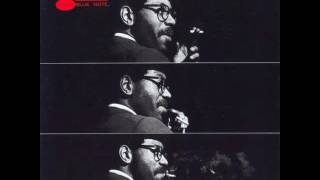 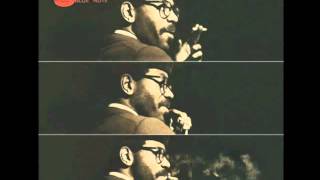 Personnel: Joe Henderson (tenor saxophone); Lee Morgan (trumpet); Curtis Fuller (trombone); Bobby Hutcherson (vibraphone); Cedar Walton (piano); Ron Carter (bass); Joe Chambers (drums).
Recorded at the Van Gelder Studio, Englewood Cliffs, New Jersey on January 27, 1966. Originally released on Blue Note (BLP 4227). Includes liner notes by Leonard Feather.
This is part of the "Rudy Van Gelder Edition" series.
Given the recording date of Mode for Joe and the band lineup, it's easy to assume this is a straight-up hard bop album. However, this 1966 Joe Henderson record -- featuring trumpeter Lee Morgan, trombonist Curtis Fuller, vibraphonist Bobby Hutcherson, pianist Cedar Walton, bassist Ron Carter, and drummer Joe Chambers -- is a great example of modern jazz at its best. It was recorded during a time of sweeping musical changes due to developments in free jazz, soul-jazz, and even early experiments with fusion. It was a time when the bluesy and funky leanings of hard boppers were giving way to more individualized contemporary approaches. One of the best examples of this shift, Mode for Joe sounds more like the experimental work of Branford Marsalis than the groovy musings of Art Blakey & the Jazz Messengers. The last track here, "Free Wheelin'," is the only dyed-in-the-wool hard bop tune heard here. Other than that, this outing's mostly uptempo songs serve as vehicles for solos. Henderson himself proves that the template for players such as Marsalis, Joe Lovano, and Joshua Redman was invented a generation earlier, as evidenced on "A Shade of Jade," "Black," and others, making this one of the sax legend's most intriguing albums.

Hank Mobley
No Room For Squares
$13.60
Add to Cart