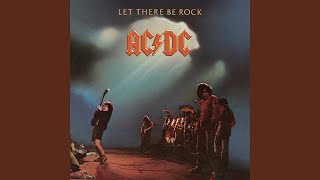 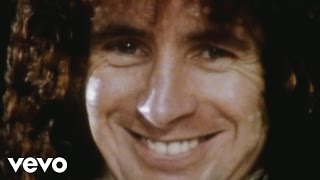 This is a Hyper CD, which contains regular audio tracks and also provides a link to the artist's website with the help of a web browser.
AC/DC: Bon Scott (vocals); Angus Young, Malcolm Young (guitar); Mark Evans (bass); Phil Rudd (drums).
Recorded at Alberts Studio, Sydney, Australia between January & February 1977. Originally released as Atco (36151). Includes liner notes by Murray Engelheart.
If possible, AC/DC actually made their sound denser on its sophomore effort, LET THERE BE ROCK. A darker album than its predecessor, HIGH VOLTAGE, this album leans further towards AC/DC's twisted extension in the blues tradition. Which is not to say that the band relented from its three-chord power riffing for one millisecond. The presence of Angus Young's mighty Gibson SG looms over the album like a sheet of lead on a windless day. What has changed is the inclusion of longer songs like "Go Down," "Dog Eat Dog," and the floor rattling "Let There be Rock," all of which feature ripping interplay between Bon Scott's perverse howl and Young's straight for the throat guitar lines.
Where others hint at hormone-driven themes of lust and adolescent rebellion, AC/DC revel in them with abandon. Thus "Bad Boy Boogie" and "Problem Child" are songs your parents are sure to hate with heartfelt passion. The album's highlights are "Hell Ain't a Bad Place to Be," a mighty fist-waver whose references to warmer climates are something that only the most uptight will take seriously and the near classic "Whole Lotta Rosie," which would become one of the band's live staples and show-stoppers.