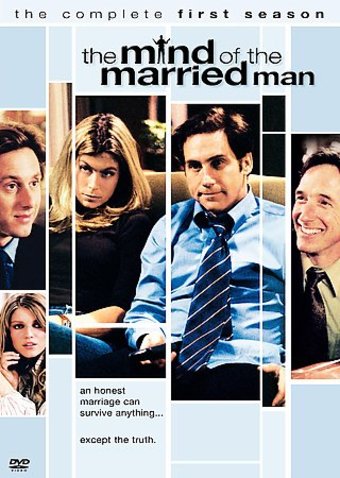 Conceived at the start of the 21st century, HBO's THE MIND OF THE MARRIED MAN is an amusing look at married life and how men cope with it. With temptation looming large at every moment, it can be painfully difficult for men to stay faithful, as these guys illustrate through a series of comedic escapades! Micky (Mike Binder), Doug (Taylor Nichols), and Jake (Jake Weber) are the three married men in question, and they all work for the same Chicago newspaper. Their exploits form the basis for much confusion and frustration throughout the show, which has its first season collected here. A real labor of love for director/creator/star Mike Binder, this is another valuable addition to the superlative HBO schedule.