Plasmatics Beyond the Valley of 1984

Get email alerts for Plasmatics
Currently Out of Stock: We'll get more as soon as possible
Notify Me When Available
Add to Wishlist
Format:  Vinyl LP
item number:  3FE7W
Our customers love us! 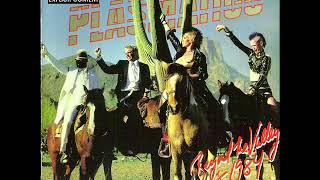 Plasmatics Beyond the Valley of 1984 08 Living Dead (Music Video) 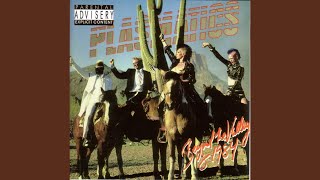 A truly ground breaking LP that sums up everything the band stood for and still sounds completely fresh almost 30 years after its release.

The late, confrontational Wendy O. Williams was, for a few years at least, the battered face of punk rock. She and her Plasmatics were one of the first acts of the punk era to push their performances beyond the club scene--blowing up cars, smashing televisions, and engaging in public nudity and other acts that made them a police target. BEYOND THE VALLEY OF 1984 addresses the storm of chaos that accompanied their first album and re-focuses the attention on the music. At times as much metal and New Wave as it is punk, the album features the meaty drums of Alice Cooper's Neil Smith and increasingly metallic guitars. Williams uses her croak to maximum effect, flirting with Blondie girl-group pop on "Summer Night" and approaching hardcore on "Sex Junkie." The album's finale, "Pig is a Pig," is Williams's revenge on the Milwaukee police who beat her following an arrest.

Plasmatics
Final Days: Anthems for the Apocalpse
$15.40
Add to Cart
(4)

Plasmatics
Put Your Love in Me: Love Songs For the Apocalypse
$15.40
Add to Cart