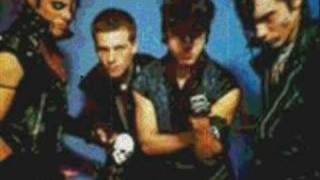 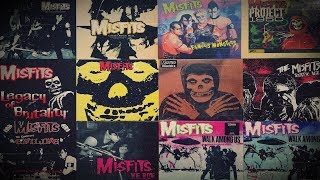 The Misfits includes: Glenn Danzig (vocals); Jerry Only.
Compilation producer: Glenn Danzig.
Certain bands inspire loyalty in their fans above and beyond the call of duty; the Misfits inspire loyalty above and beyond the call of sanity, as proved by the legions who consistently snatch up almost anything with the band's name on it. Uber-fan Henry Rollins has even had the Misfits' logo tattooed on his arm.
For those unaware of what the fuss is all about, COLLECTION II is a fine introduction to one of the best punk bands this side of pandemonium. Although some of this material (such as "We Are 138" and "Braineaters") is featured elsewhere, COLLECTION II collects it in a coherent and linear fashion designed to give the newcomer a sampling of the band's different styles and musical permutations. Also collected are the previously hard-to-obtain "Halloween I" and "Halloween II." These, plus "Return of the Fly," "We Bite," and "Mephisto Waltz," make COLLECTION II a great compilation of the Misfits' spectacular legacy.

33%off
Misfits
Misfits Sew On Patch White Skull
$5.99 on Sale
Add to Cart

33%off
Misfits
Misfits Sew On Patch Die Die my Darling
$5.99 on Sale
Add to Cart