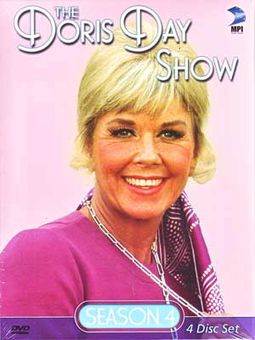 Television is fickle. A popular situation comedy of the late 1960s and early '70s, this wholesome family fare began following young widow Doris Martin (Doris Day) and her two young sons, Billy and Toby. At its start, the family had absconded from the congestion of San Francisco to live with Doris's dad Buck on his ranch, located just outside the city in Mill Valley; Doris had given up a career as a singer to make the move, and much of the show's humor came from her attempts to adjust to the unfamiliar country life. By the fourth season, however, the show had fully jettisoned that concept: Doris had relocated to San Francisco, embarked on a writing career, and was now (without explanation) a single woman living alone. Other characters include Doris's editor Cy Bennett (John Dehner) and his secretary Jackie Parker (Jackie Joseph).