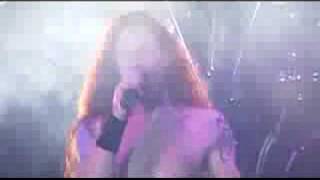 Iced Earth: Jon Schaffer (vocals, guitar); Matthew Barlow (vocals); Larry Tarnowski (guitar); James MacDonough (bass).
Additional personnel: Rick Risberg (keyboards); Brent Smedley (drums).
Recorded live at The Rodon, Athens, Greece on January 23 & 24, 1999. Includes liner notes by Jon Schaffer.
Iced Earth produces one of the most convincing live albums of the '90s. Alive in Athens crushes with the same monumental energy as Iron Maiden's Live After Death and Blind Guardian's Tokyo Tales, quite a lofty feat. With a visual approach akin to the "Eddie marketing campaign" of Maiden, Iced Earth has thrust themselves into the proverbial power metal spotlight with a destructively catchy sound to back it up. Live, Matt Barlow's soaring vocals pierce with studio-like quality, while the guitar pairing of Jon Schaffer and Larry Tarnowski echoes back to the glory days of a previously mentioned British supergroup. Not to be missed either is bassist James McDonough, who, while not flashy, certainly is the glue of the band's tighter-than-thou power metal sound. Iced Earth staples like "Dark Saga," "Stormrider," "Last December," and "Pure Evil" are included, along with newer cuts from the last album, Something Wicked This Way Comes. Iced Earth is quite adept at wielding the energy of the crowd (similar to Blind Guardian) to their advantage. They use it to give the live sound a burst of energy that entraps the listener, leaving them at the bands mercy. ~ Jason Hundey

Welcome to the Nightmare: A Tribute to Alice Cooper
$19
Add to Cart