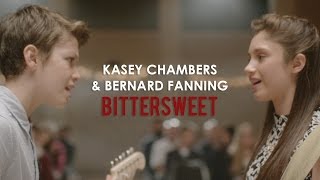 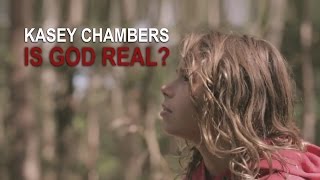 Anyone who spends much time with Kasey Chambers' body of work will likely get the impression she doesn't need much help from anyone to make a great album, though she certainly doesn't mind having like-minded collaborators on hand. But after making a pair of fine albums with her husband Shane Nicholson and cutting all of her records since 2000's The Captain with her brother Nash Chambers as producer, Chambers has decided to take a different path on 2015's Bittersweet; she recorded this album as a solo set, and brought in American producer Nick DiDia to oversee the sessions. Chambers has always been an artist unafraid to follow her muse, so these changes in her working method don't make Bittersweet sound like the product of an artist throwing off her shackles, but the album does manage to sound musically clear and direct and lyrically revealing while also displaying a slightly more artful side of Chambers' music. Bittersweet gracefully moves from traditionally styled acoustic numbers like "Oh Grace" and full-bodied weepers such as "House on a Hill" to the hard-stomping electric boogie of "Wheelbarrow" and the insistent alt-country of "Hell of a Way to Go," with Chambers and her band sounding fully engaged and sure of themselves at every turn. And while Chambers isn't afraid to sound passionately reckless on "Stalker" or furiously insistent on "I'm Alive," Bittersweet also has a distinct spiritual undertow, as Chambers ponders her relationship with the Lord on "Is God Real?," tells the story of Mary and the birth of Christ from the mother's perspective on "Christmas Day," and addresses the moral and spiritual failings that weigh us down on "Heaven or Hell." As always, Chambers has written a set of songs that are unpretentiously intelligent but deal with matters of the heart and soul with unrelenting honesty, and her rough, sweet vocals never deliver anything short of the ring of truth. Bittersweet is a strong, satisfying album from one of the best and most distinctive singer/songwriters of her day, and this confirms she can move in any number of different directions and still offer her listeners something remarkable. ~ Mark Deming

Justin Townes Earle
Nothing's Gonna Change the Way You Feel About Me Now
$14.50
Add to Cart
(50+)