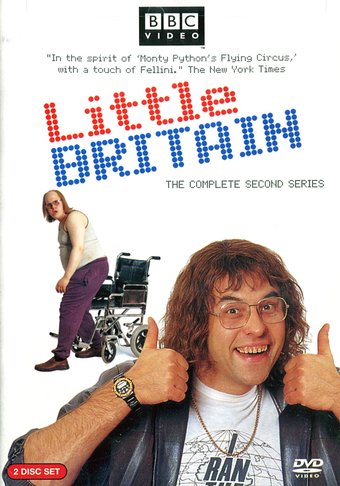 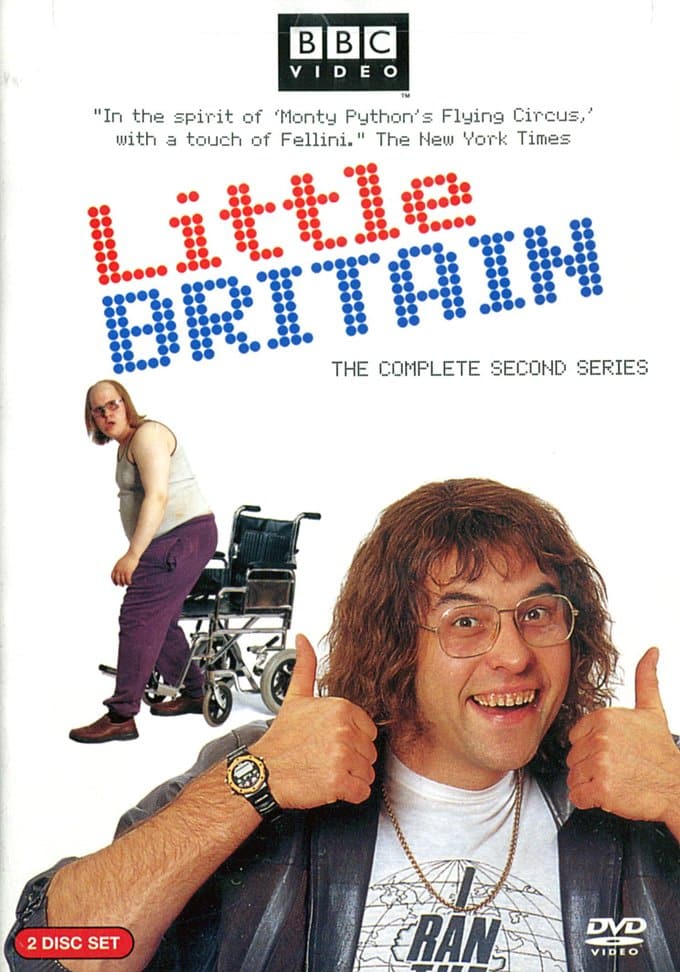 An odd, distinctly British sketch show, LITTLE BRITAIN rose to become one of the most popular comedy shows in its native U.K. Starring Matt Lucas and David Walliams in a variety of guises, each sketch features a unique take on the minutiae of British life. Imitating people from various walks of life, Lucas and Walliams grotesquely exaggerate them for comedic effect; their chirpy yet deliberately irritating character Vicky Pollard even spawned a catchphrase that seeped into everyday use in Britain ("yeah, but no, but yeah!"). In a further twist, former DOCTOR WHO actor Tom Baker provides voiceover duties for a number of sketches, with his booming, Shakespearean tones adding a further aberration to the absurdist mêlée. LEAGUE OF GENTLEMAN fans should find plenty of amusement in this well-observed set of caricatures, with the folk who populate LITTLE BRITAIN offering a sprightly counterpart to the dark and devious inhabitants of Royston Vasey. The second series is included here in its entirety.

Little Britain: The Complete Second Series
Little Britain is the reigning king of UK comedy. Its quirky, off-kilter characters have quickly become British national treasures, garnering numerous accolades, including three BAFTAs (UK equivalent to Emmys) and double gold at the prestigious Rose d'Or of Lucerne (Europe's highest comedy award). With the second season comes a host of new characters as well as returning favorites. Unconvincing transvestite Emily Howard has a new friend, Vicky Pollard is still butchering the English language; and an assortment of new oddities are on exhibit, including Bubbles De Vere, Carol "Computer Says No" Beer and and Harvey Pincher, who has an unusually strong attraction to his mother.
transvestite. Then there's Andy, sitting all day in his wheelchair painstakingly looked after by Lou, who has no idea his friend can walk. Little Britain presents the breathtaking debris of modern life in all its glory.