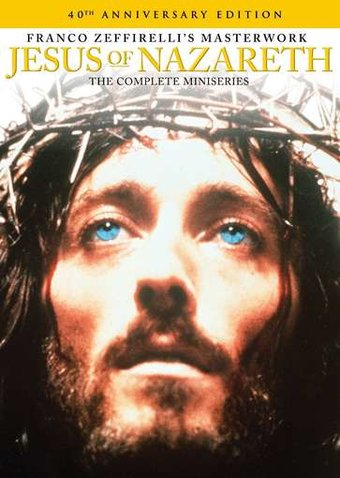 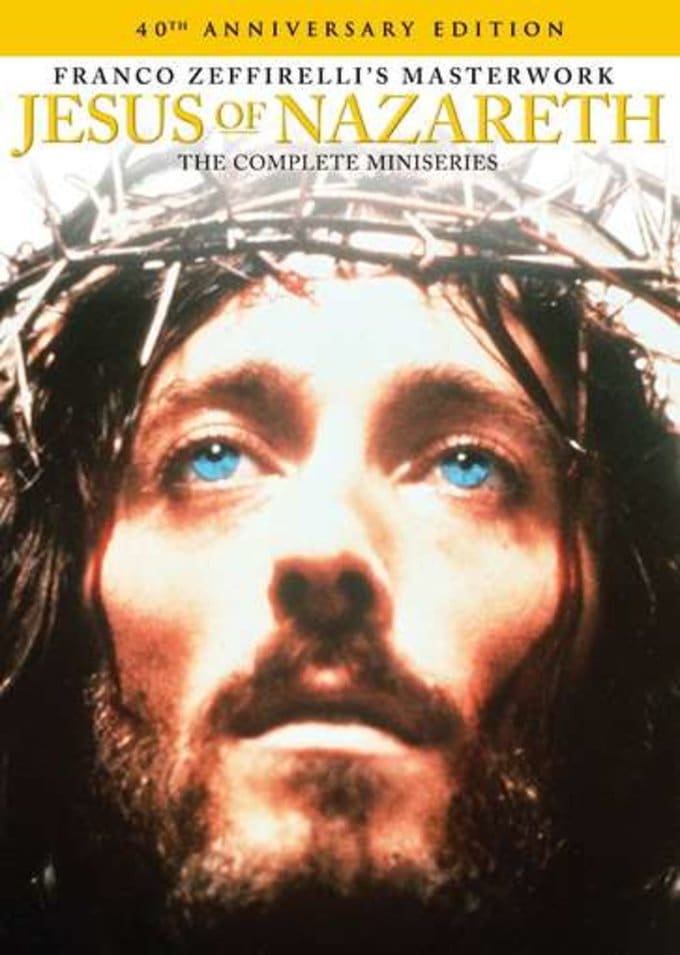 This epic chronicle of Christ begins with the arrangements of the wedding between Joseph and Mary, proceeds through Jesus' birth, his encounter with John the Baptist, and all the way to the grueling, transfigurative end. The all-star cast includes Anne Bancroft, Laurence Olivier, Michael York, James Mason, Rod Steiger, and Robert Powell as Jesus. As the beautiful locations, superb performances, and reverent portrayals reveal, Franco Zeffirelli (OTELLO, HAMLET) directed this six-hour-plus television miniseries with palpable passion.

Passion, beauty, and brilliant storytelling are all on display in this six-hour-plus epic from Italian director Franco Zeffirelli. Robert Powell is superb in the title role, and with the overwhelming success of this TV movie throughout the world, has perhaps become what Jesus looks like in many people's minds. The story begins with the arrangements of the wedding between Joseph and Mary, and chronicles the nativity, the encounter with John the Baptist (a ferocious Michael York) and everything up to the crucifixion and resurrection. This film is beautifully shot on actual locations, with haunting music by Maurice Jarre and an all-star cast, including Anne Bancroft, Laurence Olivier, Ian Holm, Earnest Borgnine, Peter Ustinov, James Mason, Anthony Quinn, Rod Steiger and Christopher Plummer. Zeffirelli has created a thorough, but never dull or dogmatic, retelling of the story, and the result is a uniquely transcendental film that holds the power to inspire no matter what the viewer's beliefs or background.

27%off
Kris Kristofferson
Original Album Classics (Kristofferson (AKA Me And Bobby...
$23.98 Super Savings
Add to Cart
(7)