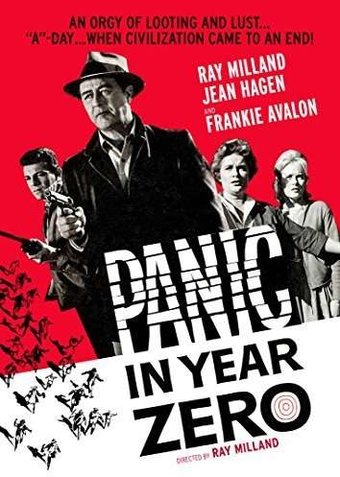 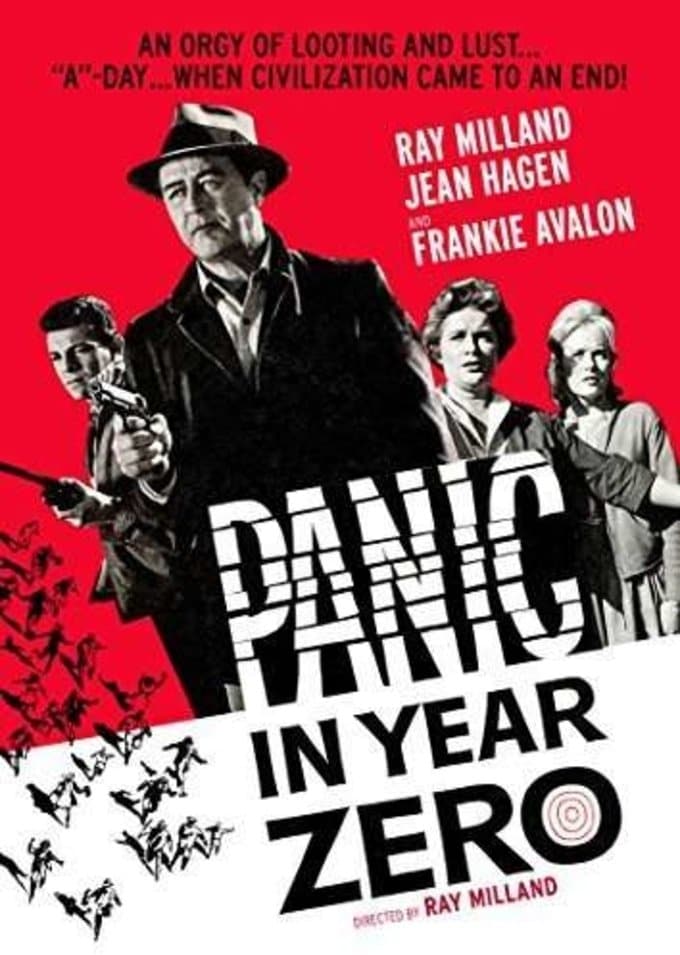 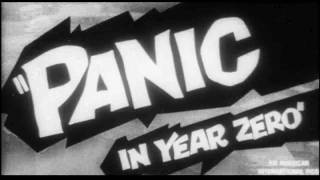 Newly Re-mastered in HD! "This movie will scare the daylights out of you", warned the LA Herald-Examiner upon the release of Panic in Year Zero - and with good reason. Released just before the Cuban Missile Crisis, this chiller-thriller realistically details what might happen to the survivors of a nuclear attack. Screen legend Ray Milland (X: The Man with the X-Ray Eyes) leads a superb cast that includes Jean Hagen (The Asphalt Jungle) and Frankie Avalon (Dr. Goldfoot and the Bikini Machine). Harry Baldwin (Milland), his wife (Hagen) and their two teenaged kids, Rick (Avalon) and Karen (Mary Mitchell, Dementia 13) are heading to the mountain from Los Angeles for a weekend of fishing as they see a mushroom cloud forming over the L.A. skyline. With the highways and towns jammed by panicking motorists, rampaging looters, heavily armed survivalist and doped-up punks, Milland and his family decide to head to the shelter of their fishing spot, awaiting more news about nuclear disaster. Featuring gorgeous black-and-white cinematography by Gilbert Warrenton (The Man Who Laughs) and top-notch direction by Ray Milland (A Man Alone).

17%off
Colossus: The Forbin Project
$12.50 Super Savings
Add to Cart