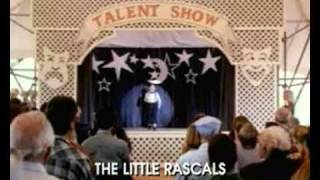 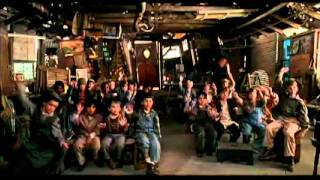 "Don't look at the camera, sweetie."
- Penelope Spheeris to kids during closing credits
"He Man Womun Haters Club"
- sign on clubhouse
"You little rascals!"
- man to children after being knocked over with a Go Kart
"Is that a cowlick, or are you just glad to see me'"
- Reba McEntire to Alfalfa (Bug Hall)

Spanky, Alfalfa, Buckwheat, Darla and the gang are back in this all-new feature film. There's a crisis in the He-Man Womun Haters Club when, on the eve of the big go-cart race, Alfalfa falls in love with--yecchh!--a girl.

Spanky and his gang are back in this modern take on the favorite old comedy shorts from the 1920s and 30s. Back, too, is the "He-man Womun Haters Club", but now its very existence is threatened by one of its own members: Alfalfa has gone sweet on Darla, and he's decided that maybe females aren't so bad after all. The other guys will have none of this, but can they stop Alfalfa... or is he lost from the ranks of the he-men forever'