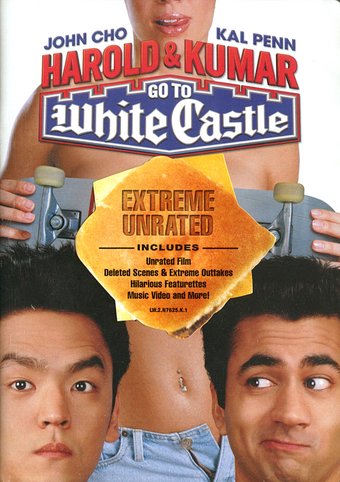 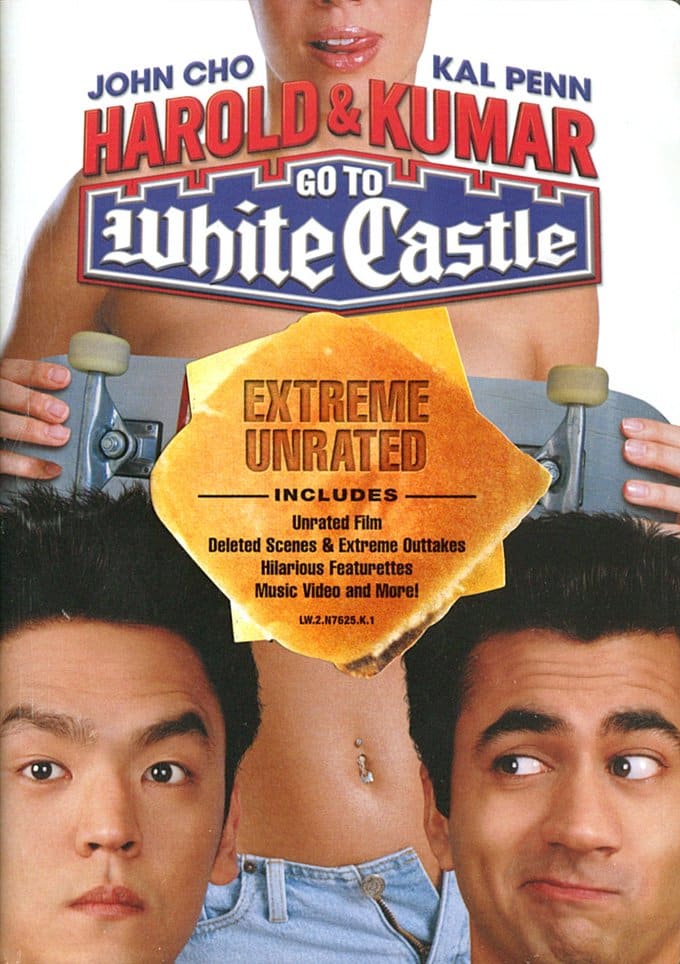 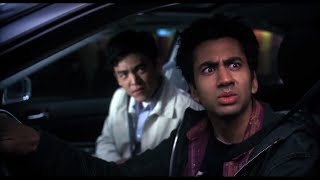 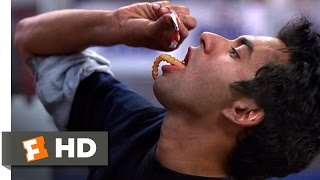 Following up his hit DUDE, WHERE'S MY CAR' writer-director Danny Leiner has come up with the riotous road-trip comedy HAROLD & KUMAR GO TO WHITE CASTLE. Harold (John Cho) has graduated college and is now working at a cubicle, where he is abused by other workers and forced to do their jobs for them. Kumar (Kal Penn) is expected to go to medical school to follow in the footsteps of his father and brother, but he'd rather spend his time partying. The entire film takes place in one night, as wild Kumar is determined to get a sack of burgers at White Castle, even though his more staid roommate would prefer to stay home and finish a project for his officemates. While Kumar seeks fun and adventure, lusting after nearly every woman he meets, Harold dreams only of Maria (Paula Garces), the woman down the hall whom he likes but is too afraid to talk to. Harold & Kumar's excellent adventure includes an outrageous bathroom scene in a college; a cop who takes his job way too seriously; a group of extreme, rad dudes who harass Harold, Kumar, and a convenience store manager; LAW & ORDER: SVU's Chris Meloni as an incredibly disgusting possible psycho; and Neil Patrick Harris playing himself, making fun of his Doogie Howser image. In addition to plenty of raunchy--and very funny--references to sex, drugs, and rock & roll, Leiner also takes on stereotypes and the meaning of love.

In the year's funniest comedy, two guys on a quest to satisfy their cravings for burgers find themselves on a hilarious all-night adventure as they run into one screwy obstacle after another.