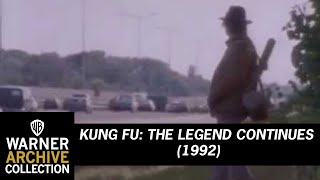 As the second season begins, Kwai Chang Caine (David Carradine) returns to the city his son, Peter (Chris Potter), calls home in an attempt to make peace with the past and build a new future. But not all are content to let the past remain behind, and a slew of menaces, mystical and mob both, return to imperil the innocents that call the city home. So it's a good thing there's a hero cop and his Kung Fu master "Pop" on hand to keep the peace and dole out some Eastern wisdom.
This product is made-on-demand by the manufacturer using DVD-R recordable media. Almost all DVD players can play DVD-Rs (except for some older models made before 2000) - please consult your owner's manual for formats compatible with your player. These DVD-Rs may not play on all computers or DVD player/recorders. To address this, the manufacturer recommends viewing this product on a DVD player that does not have recording capability.

29%off
PSI Factor - Chronicles of the Paranormal
$4.98 Spring Sale
Add to Cart