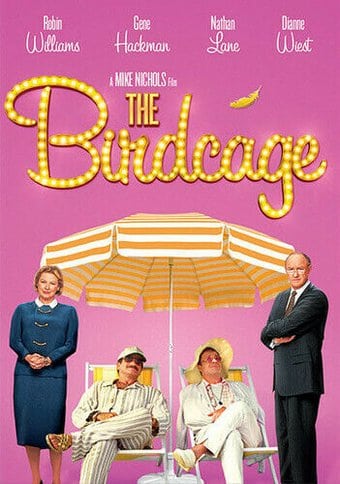 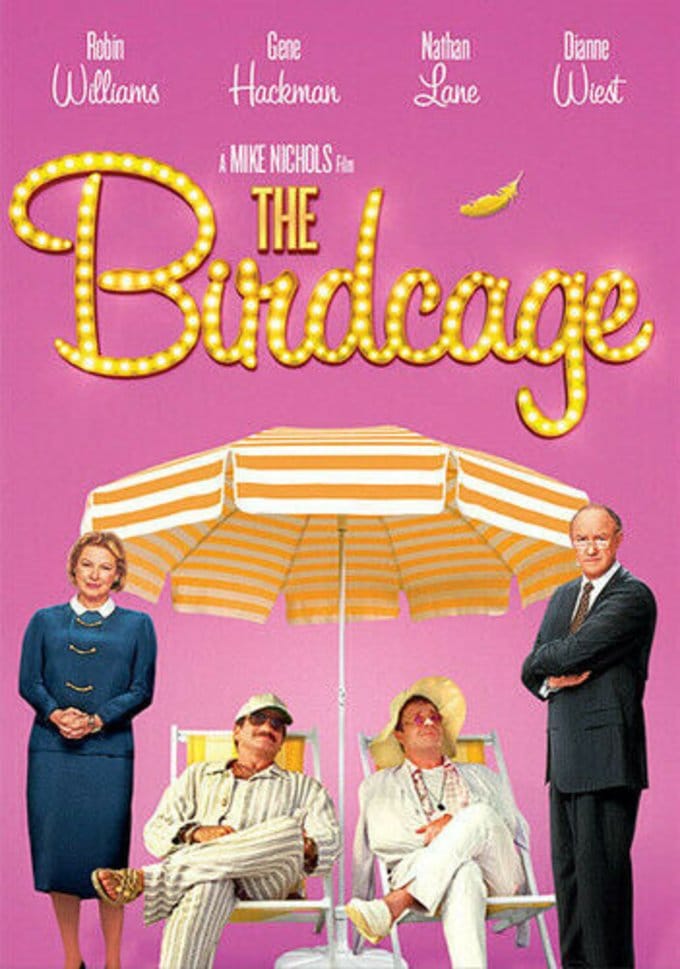 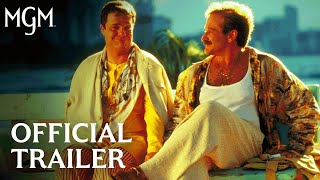 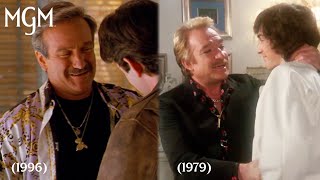 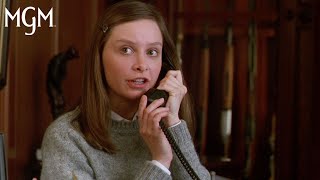 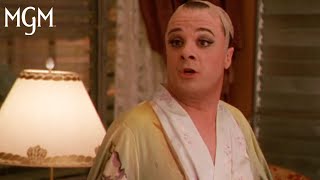 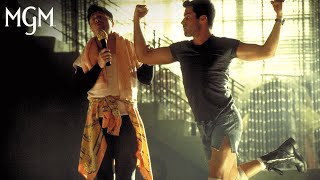 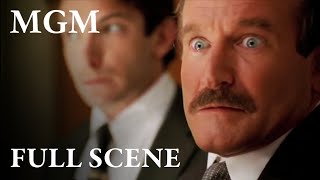 "Why, it looks like young men playing leapfrog!... Is it Greek'"
- Louise Keeley (DIANNE WIEST), when she sees the pornographic china that's been set out on Armand and Albert's dinner table.

In Mike Nichols's hilarious remake of the 1978 French comedy LA CAGE AUX FOLLES, Robin Williams stars as Armand Goldman, a gay cabaret owner who lives in Miami's South Beach with his partner, Albert (Nathan Lane), the club's star performer. Armand and Albert must try in vain to pass as a typical couple when the prospective in-laws of Armand's son, Val (Dan Futterman), come for dinner. While accepting their alternative lifestyle personally, Val demands that they tone it down for his girlfriend's (Calista Flockhart) parents--who happen to be a political couple running on a family values platform. Lane's hilarious attempts to "play it straight" and Hank Azaria's brilliantly flamboyant houseboy, Agador, are the highlights of the film, which also features a beautifully understated Williams as the more "normal" of the pair. Gene Hackman and Dianne Wiest are delightfully square as the future in-laws.

THE BIRDCAGE is director Mike Nichols's remake of LA CAGE AUX FOLLES. The comedy features a flamboyant gay couple who must attempt to "straighten up" for their son's prospective in-laws.