Let's Active Every Dog Has His Day 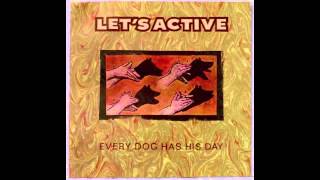 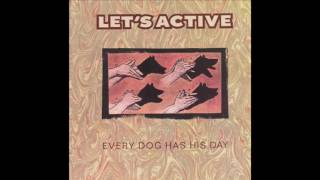 Let's Active include: Mitch Easter.
Includes liner notes by Scott Shinder.
Every Dog Has His Day, the final Let's Active album, has a clearly different feel than the rest of their catalog. The album (especially the title track) has all the earmarks of a major bid for mainstream appeal, which it should have achieved. It sounds like an album of its time -- it has the drum sound of 1988, and an overall heavier vibe, with the band rocking like never before, emphasizing a love of hard rock only briefly hinted at on earlier albums -- and it's done very well. Some of the sonic changes may have been a result of the label's urging for the use of "name" producer John Leckie, a decision which is utterly confusing considering Mitch Easter's standing as a producer, not to mention his proven ability on previous Let's Active albums. At this album's peak moments, Easter's songs are top notch as always, though there seems to be a little less drive -- often the songs seem like throwaways, albeit very good throwaways. ~ Chris Woodstra