What God made beautiful... temptation made irresistible! 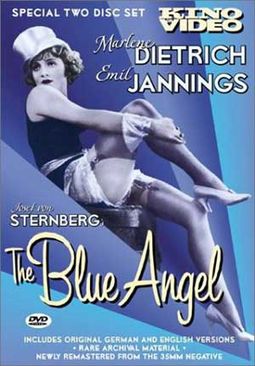 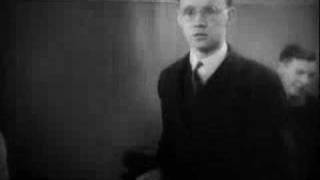 This Josef Von Sternberg film, based on Heinrich Mann's novel PROFESSOR UNRAT, made Marlene Dietrich a star and began a tumultuous relationship between star and director that spanned Sternberg's most creative period. The film stars Emil Jannings as Dr. Immanuel Rath, a provincial prep school teacher who becomes incensed when he learns his boys have become infatuated with Lola Lola (Dietrich), a cabaret singer. Heading to the Blue Angel, a nightclub, to catch his pupils, Rath instead becomes bewitched by the sensuous Lola himself, beginning an obsession that drives him to the depths of despair. Visionary, haunting, and emotionally unrelenting, THE BLUE ANGEL stands as Sternberg's crowning achievement. Filmed in both German and English simultaneously, this is the German version, which is considered superior to its English language counterpart.