Something Wicked This Way Comes PG

What would you give a man who could make your deepest dreams come true? 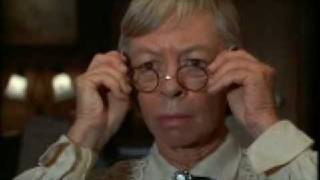 When two boys (Vidal Peterson and Shawn Carson) become involved in the evil plans of Mr. Dark, a magical carnival owner (Jonathan Pryce), they find themselves in danger and responsible for the survival of their entire town! Mr. Dark has a devilish ability to grant wishes, which he uses to his advantage. When he realizes that the boys have discovered his secret, he sets about tracking them down, along with the creepy Dust Witch (Pam Grier). This spooky Ray Bradbury story is enhanced by the wonderful cast performances, particularly those of Jonathan Pryce and Pam Grier, who are scary enough to stop anyone from hoping for a wish come true!

Something Wicked This Way Comes
One of Ray Bradbury's most popular and intriguing novels of good and evil comes to life in this spine-tingling motion picture. On a grim and gusty October day, two young boys encounter a distressed man who foretells of danger blowing their way. Soon after, the town is visited by a seductive stanger named Mr. Dark and his Pandemonium Carnival. Terrifying things begin to happen when the adventurous boys stumble onto the carnival's deadly and destructive secret! Beware: SOMETHING WICKED THIS WAY COMES ... and frightening surprises follow!

A freak show/carnival arrives in a small Illinois town, lead by the evil Mr. Dark. The town's citizens discover, to their surprise and delight, that Mr. Dark has the ability to grant wishes. However, the price of having a wish fulfilled is high: becoming a permanent member of Mr. Dark's traveling freak show.