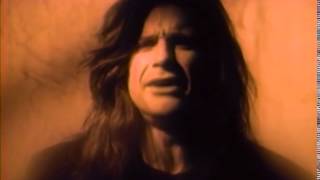 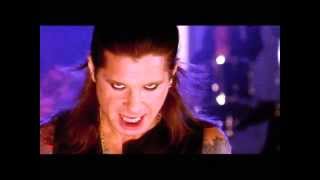 Personnel includes: Ozzy Osbourne (vocals); Randy Rhoads (guitar).
Producers include: Ozzy Osbourne, Bob Daisley, Lee Kerslake, Randy Rhoads, Max Norman.
Compilation producers: Sharon Osbourne, Michael Guarracino, Bruce Dickinson.
Includes liner notes by Eddie Williamson.
While the parting of ways between a charismatic lead singer and a popular band is always a dicey proposition (David Lee Roth anyone?), many observers undoubtedly thought that when a depressed, drug-addled, Ozzy Osbourne was fired from Black Sabbath in 1979, a particularly dark day was at hand. Incredibly, however, Sabbath soldiered on, and Ozzy became a bigger superstar than even he himself could have imagined. Beginning with 1980's classic BLIZZARD OF OZZ and its equally classic single "Crazy Train," the Godfather Of Metal released a string of uniformly excellent albums the equal of anything in heavy music. Needless to say, along the way he consistently made the papers with his outrageous antics, headlined the biggest-grossing concert tour of all time, became a television star, and depending on who's telling the story, either sold his soul to Satan or became an average family man.
The two-disc THE ESSENTIAL OZZY OSBOURNE is essentially as advertised: a comprehensive 29-track collection of Ozzy's best-known solo material. Whereas Black Sabbath was all about the biggest monster riffs humanly possible, hammered into the listener's brain until he or she had either a spiritual awakening or a seizure, these discs display a much greater pop sensibility. The Oz-man easily straddles both furious Iron Maiden-style Brit metal and gorgeously melancholy ballads. All of Osbourne's best solo albums are represented (with the notable exception of 1982's essential SPEAK OF THE DEVIL, an album of live Black Sabbath covers), so one might be tempted to consider this the last word on Ozzy's career. Considering his tendency to surprise, however, it might be wiser to consider this set as simply Volume One.