A newlywed is unaware that her seemingly charming husband is a crazed murderer. 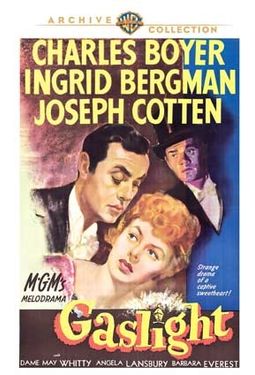 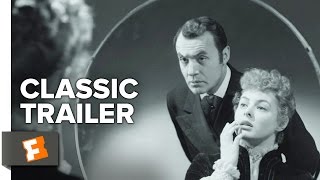 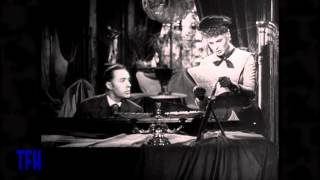 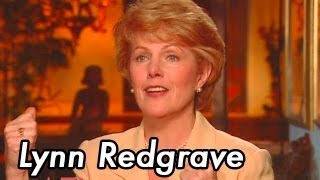 Academy Award-winning psychological thriller stars Oscar-winner Ingrid Bergman as a newlywed unaware that her seemingly charming husband, Charles Boyer is a crazed murderer. After they move into her family's Victorian mansion, he schemes to drive her insane while he searches for a hidden cache of rubies. Chilling and suspenseful, it was nominated for Best Picture and Script. Bergman earned a well-deserved Oscar for her performance as the vulnerable heroine. Boyer and teenage Angela Lansbury each received nominations.

Director George Cukor draws magnificent performances from his stars in this powerfully guided study in obsession. GASLIGHT is a suspenseful, atmospheric mystery that perfectly captures the smoky, smoggy feel of Victorian London. Ingrid Bergman won an Academy Award for her role as a wealthy socialite who marries a witty and charming sociopath; Oscar-nominated Charles Boyer is equally spellbinding in his role as her monstrous husband. When famous opera star Alice Alquist is murdered, Gregory Anton (Boyer), who hopes to steal the rare jewels the star has hidden, manages to court and marry the singer's niece, beautiful but naive Paula (Ingrid Bergman). His plan is to slowly drive his young wife insane so he can have free reign of the house that hides the precious jewels; however, a Scotland Yard detective takes a close interest in the couple. Under Cukor's tutelage, Angela Lansbury (of television's MURDER, SHE WROTE) made her debut as a flirtatious maid in a role that jump-started her career and landed her an Academy Award nomination at the tender age of 18. GASLIGHT is a classic, compelling film that is masterfully acted and directed.

Director George Cukor expertly captures the feel of brooding, foggy Victorian London in this atmospheric mystery. Innocent new bride Ingrid Bergman's husband, Charles Boyer, may have a dark past, and he may be trying to drive her insane to get his hands on her family's hidden wealth. The film features Angela Lansbury's (television's MURDER, SHE WROTE) cinematic debut; Bergman won an Oscar for her performance.