Aggie Hurley is making up for a lifetime of making do. Her daughter Jane is going to have a lavish wedding -- even if Jane wants a simple ceremony. And even if Aggie's husband Tom must give up his dream of owning his own taxi to finance it. 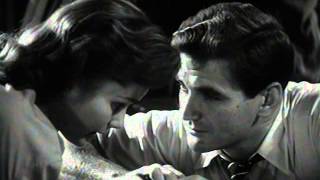 Aggie Hurley (Bette Davis) is making up for a lifetime of making do. Her daughter Jane (Debbie Reynolds) is going to have a lavish wedding -- even if Jane wants a simple ceremony. And even if Aggie's husband Tom (Ernest Borgnine) must give up his dream of owning his own taxi to finance the extravaganza.

Borgnine, winner of 1955's Best Actor Oscar for Marty (like The Catered Affair originally written for TV by Paddy Chayefsky), etches another superb working-class portrait. And Davis, renowned for playing larger-than-life characters, proves masterly at capturing the life-sized intensity of Aggie. Together, they create a gem of "shirtsleeved intimacy and gamy humor" (Time) as real as a shabby Bronx apartment.

Gore Vidal adapted Paddy Chayefsky's teleplay about the Hurleys, a hardworking Irish family struggling to make ends meet in a poor Bronx flat. Bette Davis stars as Mrs. Agnes Hurley, a woman aged by the toil and hardships of her marriage, forced to look back on her life and marriage to her taxi-driver husband, Tom (Ernest Borgnine), when her only daughter, Jane (Debbie Reynolds), announces her upcoming wedding. Although Jane wants only a simple civil ceremony, Mrs. Hurley is determined to give her daughter the wedding she never had, even if it will wipe out the family's savings and ruin her husband's dream of owning his own taxi company. THE CATERED AFFAIR is a simultaneously heartwarming and heart-wrenching slice of poor working-class life and the dreams that are sometimes squelched by poverty. Almost all the action takes place within the walls of the crowded flat that the Hurleys call home. Ernest Borgnine and Bette Davis deliver complex and thought-provoking portrayals of a husband and wife who are forced to examine the dreary circumstances of their marriage and find hope for the future.

Gore Vidal wrote this big-screen adaptation of Paddy Chayefsky's teleplay about a poor Bronx family's struggle over the daughter's upcoming nuptials. Bette Davis stars as mother-of-the bride Mrs. Hurley, who wants to hold a lavish Irish wedding for her daughter (Debbie Reynolds) that's well beyond their means. Even though the effort will financially ruin them and the immediate family and prospective son-in-law are against it, she perseveres with her elaborate plans.

A Kiss Before Dying
$19
Add to Cart