The gunmen who cut down Trace Jordan's brother have closed ground on hard-riding Trace. They never think hunted will become hunter...and never suspect Trace will lead them toward hostile Comanches. 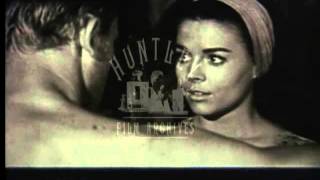 The gunmen who cut down Trace Jordan's brother have closed ground on hard-riding Trace. They never think hunted will become hunter...and never suspect Trace will lead them toward hostile Comanches. Excitement moves like a firestorm in this lively adaptation of a book by Louis L'Amour and starring Tab Hunter and Natalie Wood. The two leads were among the '50s most popular talents when they played Trace and his companion-in-flight Maria. Wood had just made a triumphant shift to mature roles with Rebel Without a Cause the prior year. And Hunter was still surrounded by the buzz from his role in Battle Cry. Ride with a star team that'll ensure blazing action.

The story of a man on the run who is taken in by a sympathetic Mexican girl.

Youthful gunslinger Trace Jordan seeks justice and vengeance for his brother's death. His target is cattle baron Joe Sutton, who ordered his flunkies to murder Jordan's sibling.
However, the vigilante turns fugitive when Sutton's goons become hellbent upon killing Trace as well. Jordan, accompanied by a Mexican girl, takes off into the hills and woods, where they experience numerous hair-raising adventures during their attempt to elude their pursuers.
But Trace can only run for so long, and if he is to survive, he will have to fight -- and kill -- his enemies.
Will Trace stay alive long enough to face Sutton himself'